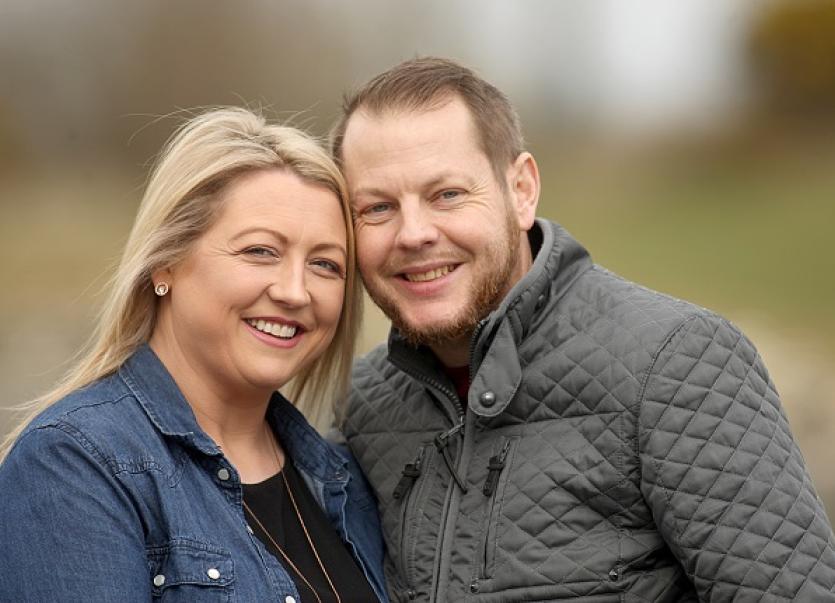 Gary Coleman and his bride to be Lorraine Kane. Photo Thomas Gallagher

Tomorrow in St. Patrick’s Church, Ballyshannon, there will be a wedding with a twist as Gary Coleman weds Lorraine Kane.
The groom is best described as a ‘new man’ after a double transplant just five months ago, and the wedding tomorrow is a sort of double celebration for the happy couple.
Gary Coleman, a native of Coventry, England, is thankful to a donor for a new kidney and pancreas; otherwise the happy event tomorrow might well not be taking place.
To put it in context, only five similar transplants were carried out in Ireland in 2017. He has much to be thankful for, not least a chance meeting with his bride-to-be, Lorraine Kane, from a well-known Ballyshannon family, daughter of Jim and Eileen Kane, Cluain Barron.
Gary’s kidney and pancreas problems only surfaced around 2014, but he had been living with diabetes from the age of two.
A week ahead of a wedding that was arranged around the transplants, Gary spoke to Peter Campbell to tell a special story.