Unfinished stadium like something from a 'nuclear holocaust film' 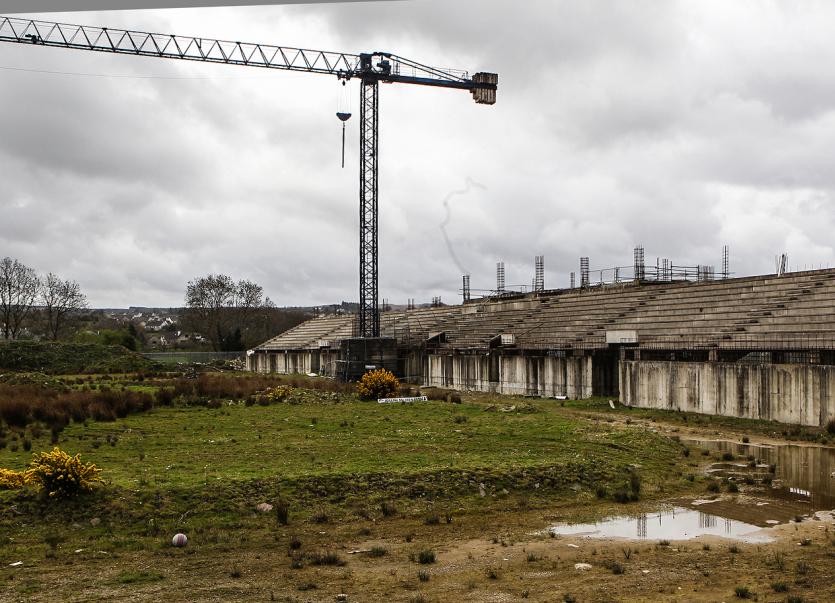 The scene this week at the new stadium in Stranorlar where work remains at a standstill. Photo: Brian McDaid.

Ten years after the sod was first turned on the new Finn Harps stadium in Stranorlar, there could finally be some good news for the League of Ireland club.

Minister of State at the Department of Transport, Tourism and Sport,  Brendan Griffin, has confirmed that he has approved the granting of further funding to develop the stadium.

Speaking to the Democrat on a visit to the county this week, Minister Griffin said it was a shame that given the money already spent on the stadium, it remains unfinished.

“It’s like something from a nuclear holocaust film,” he said.

“I would like to see it progressed and I’d like to see the project brought to a stage where it can be used at some level.”

In March 2017 it was reported that work was to get back underway on the new stadium  within a few months.

Department officials had met with members of the Finn Harps stadium committee and had agreed a plan of action which, it was hoped, would see the project finally finished once and for all.

It was also confirmed at the time that the new stadium will no longer be an all-seater project and instead will include two separate terraced areas behind each goal. Work has still to resume however, and Minister Griffin said he’s anxious that work should proceed again before too long.

“I have approved the granting of further funding to develop the project because it’s no good to anyone at the moment,” he said.

“That has cleared my desk and it currently awaits clearance with the senior minister. That is something that I have recently enquired about to see where it’s at.

“The project has merit. It was unfortunate that it had stalled and it’s unfortunate that the sequence of events that unfolded did so in the manner that they did. But it is something that I would be supportive of progressing.”

The Minister also suggested that any further funding will only go a part of the way to finishing the project.

“The Department of Sport’s exposure to this, of course, has to be limited,” he said.

“We are only prepared to do so much, we can’t be expected to finance everything.

“But at the same time, I think that given how much has gone into it, perhaps a little more expenditure can bring it far. It is something that Minister McHugh has been raising and trying to see progressed to.”