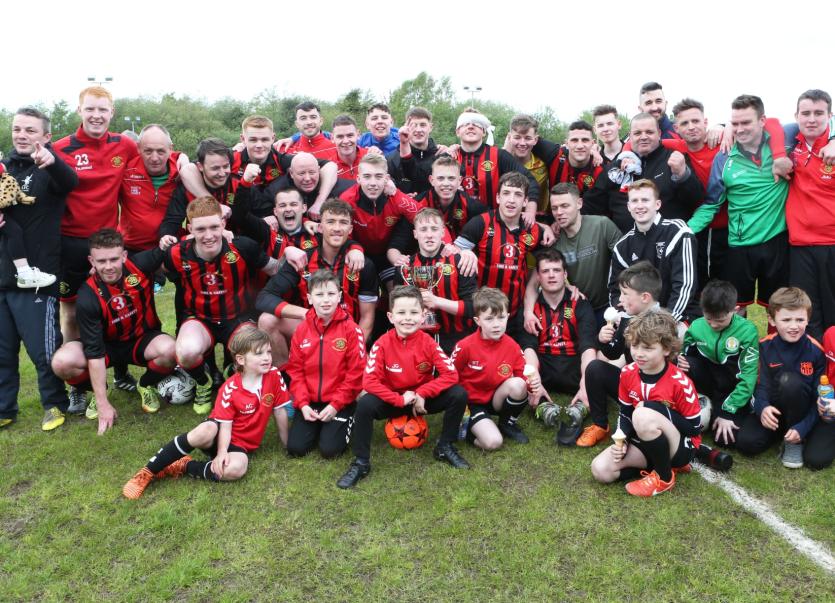 Damien Crossan scored the all important goal to clinch the title and and end a 17 year famine at Station Road.
Kildrum, the leaders for so long in the Premier Division, had watched as Castlefinn went on a brilliant run to bring the race for the title down to the final day.
The Tigers only needed a draw to seal the deal while Castlefinn had to win.
Crossan struck late on, finding the net after Kevin McHugh's initial strike was parried by Castlefinn keeper Chris O'Donnell.
The goal cancelled out Shane Gallagher's glancing header on the hour mark. Daniel Clarke of Kildrum Tigers controls the ball as Peter Bryson of Castlefinn Celtic closes in.