Youthful Derry side beaten by Letterkenny 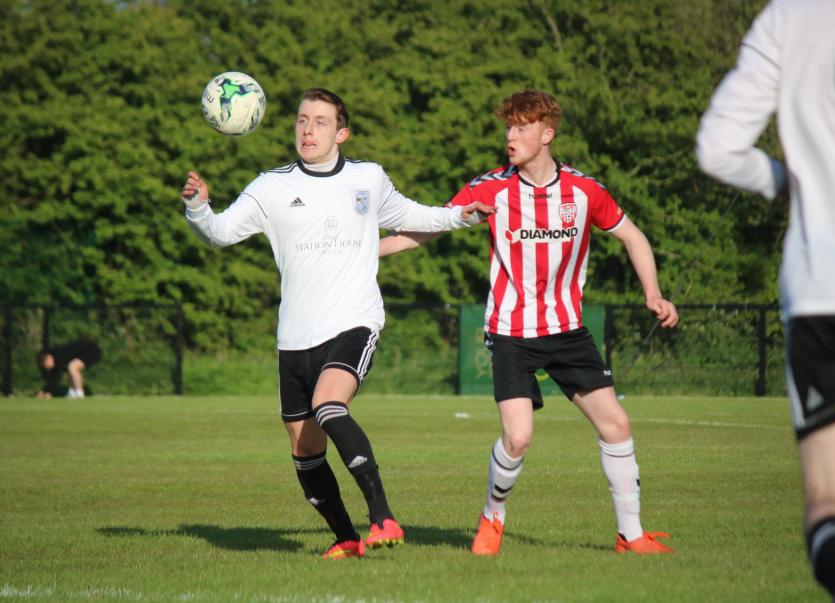 A competent display from Letterkenny Rovers saw them move to within three points of leaders Cockhill Celtic after defeating Derry City Reserves 3-0 at a resplendent looking Leckview Park on Wednesday evening.

After the highs of Knockalla Cup  success on Sunday last, Rovers knew they needed a win to keep alive their slim hopes of winning the title and they duly obliged against the Foyleside outfit who fielded mainly an u17s side.

Rovers drew 2-2 with City last week but were in no mood to squander any points this time around and were on the front foot throughout with Paul McVeigh firing straight at City goalkeeper Lennon McCann after 5 minutes and Conor Tourish blazing over when well placed their best two chances of an opening goal.

City also had to be alert to clear their goal-line on two occasions with Ryan McConnell and Christy Connaghan both going close.

The lead goal arrived on 42 minutes and it came from Declan Sharkey who was alert to follow up a Ryan McConnell free kick at the edge of the box following  a push on Chris Flanagan. McConnell's effort was parried by McCann and Sharkey - just like his opener in the Knockalla Final - was quickest to react to fire home from close range.

Rovers' joy increased just two minutes later when Sharkey turned provider for Paul McVeigh to score with a cool finish as it was 2-0 at the break and meant that Rovers could breathe easier after those dropped points against the same opposition just a week ago.

Rovers again started the 2nd half the brighter and Odhran McMacken came close with a header before a volley from Christy Connaghan flew narrowly wide but the goal that wrapped up the win came on 57 minutes when Garbhan Grant fired home a 20 yard free kick which was neatly placed in the corner.

Derry to their credit never gave up and Caoimhin Porter had a snapshot just wide although it was the home side who came closest to netting again when Grant's fiercely struck effort hit the bar before McVeigh was just wide with the rebound while McCann pulled off the save of the game from a Conor Tourish header on 76 minutes.

Dom Dunne almost netted for City after some intricate play involving the industrious Jack Parke and Matt Doherty while Doherty also tried his luck from distance but Rovers - who made a number of changes from the Cup final winning team - saw the game out well for the win while manager Eamon McConigley will be pleased at another clean sheet in his first full game in over a year for back-up goalkeeper John Roulstone.

Rovers face Fanad on Sunday while City face Cockhill and if Rovers fail to win and Cockhill defeat Derry then the title will once again be won by Gavin Cullen's side.