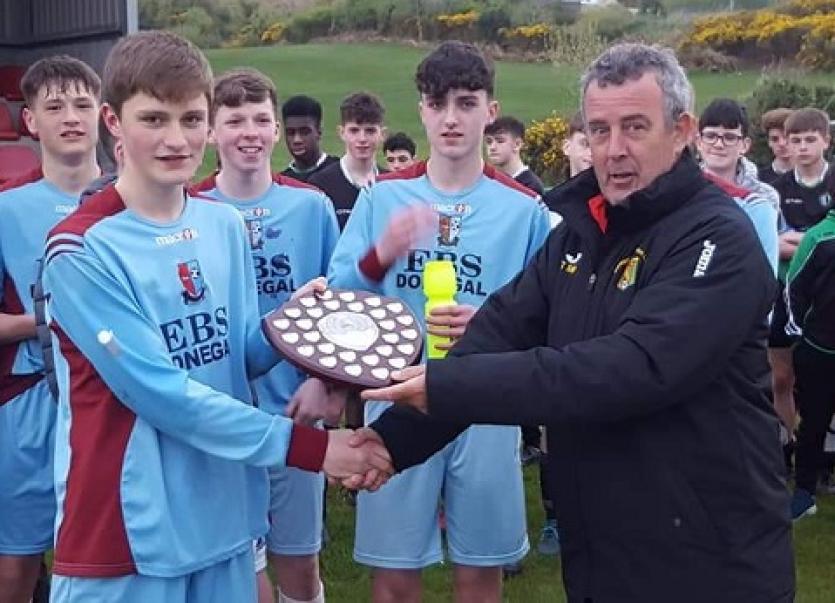 A double in extra-time by Alex McAlmont gave Donegal Town victory after a pulsating game played in the immaculate setting of Eany Celtic FC.

Eany Celtic . . . 1
Donegal Town . . . 3 (aet)
These two sides came into this game after a thriller between both clubs last week when Eany Celtic had to win, which they duely did, to force a play-off.
The first shot on target was by McAlmont on 8mins which forced Oisin Burke to push the ball around the post.
Halum Egbenongbe went close for Eany after a corner by Josh Maxwell but ShayTravers was equal to it. Senan Quinn had the ball in the net but was correctly ruled offside.
The first goal of the game went to Eany when Nathan Maxwell hit a free kick from 40 yards and his effort deceived the Town defence to nestle in the top corner.
Donegal got an equaliser when a corner was cleared only as far as Jordan Graham who smashed to the net from 20 yards just before the referee blew for half- time.
Eany upped the tempo early in the second half and both Jack Byrne and Tom Daly went close.

The best chance of the second half then fell to Senan Quinn who shot wide. On the stroke of full-time, Oisin Quinn pulled off a superb save from Joe Leape and Josh Maxwell cleared off the line.
McAlmont then took over in extra time with a double to win the League Shield.
Credit to both teams, management and officials who served up a fantastic game for the large crowd.