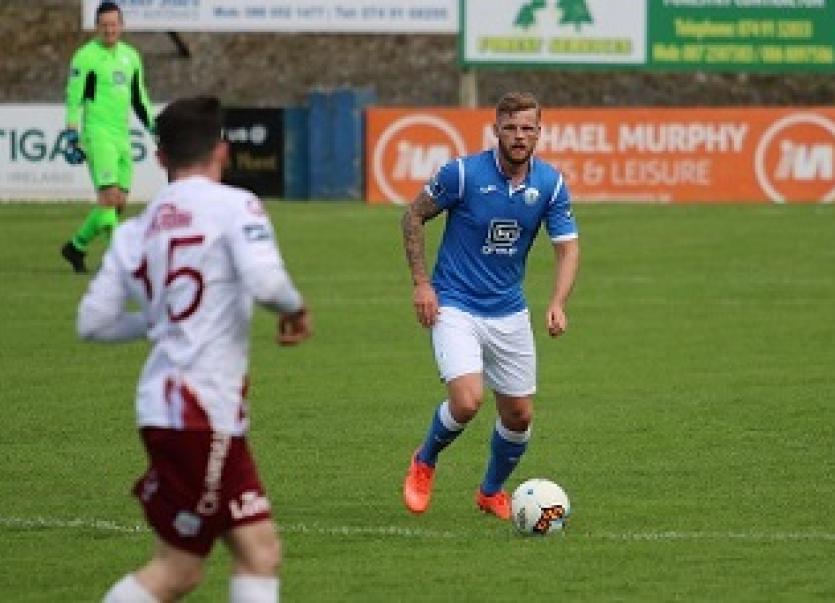 The visitors, languishing in the lower reaches of the First Division, scored what proved to be the winner when striker Cian Leonard finished well midway through the first half.

But not for the first time this season, the Donegal side lacked that killer instinct in front of goal and the defeat brings to an end their recent good run of results.

Harps, with Ciaran Coll and Aidan Friel both back in the side after missing last weekend’s trip to Shelbourne, were bright in the opening stages.

Jesse Devers, playing just off Ciaran O’Connor in attack, had the game’s opening chance as early as the third minute but when picked out at the back post, the Mayo man could only divert his effort over the bar.

The home side played some good football in the early stages with Mark Coyle in midfield seeing plenty of the ball. But while their play at times was pleasing on the eye, they lacked any real penetration in attack.

And it was Cobh, struggling at the wrong end of the First Division, who took a surprise lead just after the midway point of the second half. Referee Alan Carey played a good advantage out the Harps box following a foul on a Cobh player. David Hurley picked up possession and  slipped the ball through to the unmarked Cian Leonard who produced a tidy finish to beat Ciaran Gallagher.

Michael O’Connor went close to an immediate equaliser for the hosts but from a Devers delivery from the right, the striker’s header drifted just over the crossbar - although from their angle, the supporters in the main stand thought it was in.

Those same fans were breathing a sigh of relief soon after when totally out of nothing, Cobh almost doubled their advantage. Hurley unleashed an effort on goal which beat Gallagher but rebounded to safety off the butt of the post.

Just before half time, Harps lost left back Lee Toland to injury - the defender needing lengthy treatment from the medical team before he was stretchered from the action.

Toland, who was replaced by young Niall McGinley, joins a ever-growing list of injured first team players at Finn Park. The extent of what appeared to be an ankle injury, will probably become clearer over the weekend but the player continued to receive treatment in the ambulance at the ground as play began again in the second half.

It was all Harps after half time. Michael O’Connor flashed a header into the arms of keeper Paul Hunt six minutes in and the Harps man then saw his goalbound effort blocked down by a defender as the home side increased the pressure.

Cobh though held out, and seemed content to sit back and invite Harps to try and break them down

They were fortunate not to concede on 69 when Ciaran O’Connor became the latest player to pass up an opportunity in front of goal, slicing wide following a Tommy McBride cross.

The home side were almost in again on 75 minutes and this time it was Michael O’Connor who was involved but from a Ciaran Coll delivery, O’Connor saw his close range effort saved by keeper Hunt.

Harps introduced Adam Duffy and then Keith Cowan off the bench for the closing 15 minutes.

But despite a late chance for Michael O’Connor deep in injury time which was saved at the second attempt by Hunt, the visitors never looked in any danger of being denied the win.