It's advantage Cockhill Celtic ahead of final game of the season 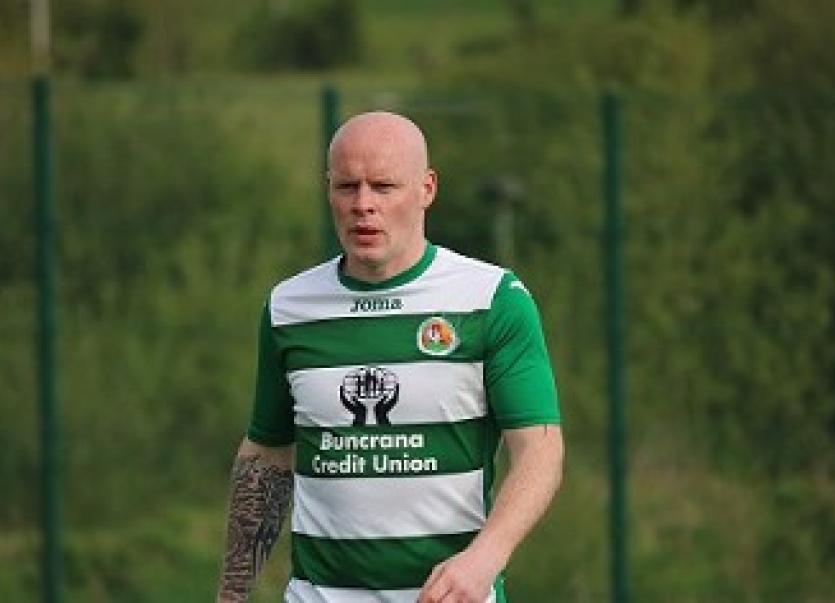 The race for the Four Lanterns Ulster Senior League has gone right to the wire - and may now go beyond it.

A 2-0 win for Cockhill over Derry City Reserves on Wednesday night means that Cockhill go into the final League game of the season on Sunday against Letterkenny Rovers knowing a point will be enough to secure their sixth successive title.

However, should Letterkenny Rovers win then Cockhill and Letterkenny would have to play off to see who would be crowned champions.

An on-paper stronger Derry team than Sunday played an understrength Cockhill team, but it was the defending USL champions who picked up a vital, hard fought victory.

In an even opening, Cockhill fashioned the first half chance on 7mins when a Ronan Doherty cross from the left found Ryan Kelly who headed across goal.

The game was very tight for the next period, littered with free kicks for both teams.

On 25mins, interplay on the left between Doherty and Gerard McLaughlin resulted in the ball finding Mark Moran who scuffed his effort straight at Eric Grimes.

Derry began to get a grip on the game at this stage with Cathal Farren having an effort whistle over before Jamie McIntyre's run and cross was well dealt with by Kelly.

Cockhill's Marty Doherty fashioned a great chance for himself on 34mins by intercepting a pass at the half way line and outpacing Conor Gormley before firing wide as Grimes advanced.

On 41mins Farren showed quick feet at the edge of the box, his shot being well held by Lee McCarron.

As half time approached, Cockhill hit the front. McCarron's clearance was flicked on by McLaughlin to Gerry Gill who drove low past Grimes.

The second half started with Cockhill, buoyed by their lead, on top. Liam O'Donnell had an effort tipped over before good hold-up play from McLaughlin found Moran who shot straight at Grimes when well placed.

For the last half hour it was Derry in the ascendency, having the majority of possession but failing to create clear chances against a resolute Cockhill defence. On 61mins a Rhys McDermott half volley was straight at McCarron while on 65mins Conor Gormley advanced from defence before forcing a good save from McCarron.

Derry forced a succession of corners late on and from one of these came their best chance to equalise. Ben Doherty's delivery from the right found McDermott who headed over.

In injury time, Grimes went forward for a corner for the second time and when Cockhill cleared his attempted clearance was closed down by Ronan Doherty who found Darragh McDermott who showed great composure to control and fire home to the delight of the home crowd.

Brendan Barr struck 12 minutes from the end as Finn Harps Reserves ended their Four Lanterns USL campaign with a draw at Bonagee United.

Zach Gorman was the architect of the goal and Barr steered past Paddy Quigley in the Bonagee goal to earn his side a share of the spoils.

Bonagee had taken the lead through captain Jamie Lynagh a quarter-of-an-hour earlier. Lynagh was put through and he made no mistake with a composed finish.