Injuries and suspensions rule out a string of first choice players 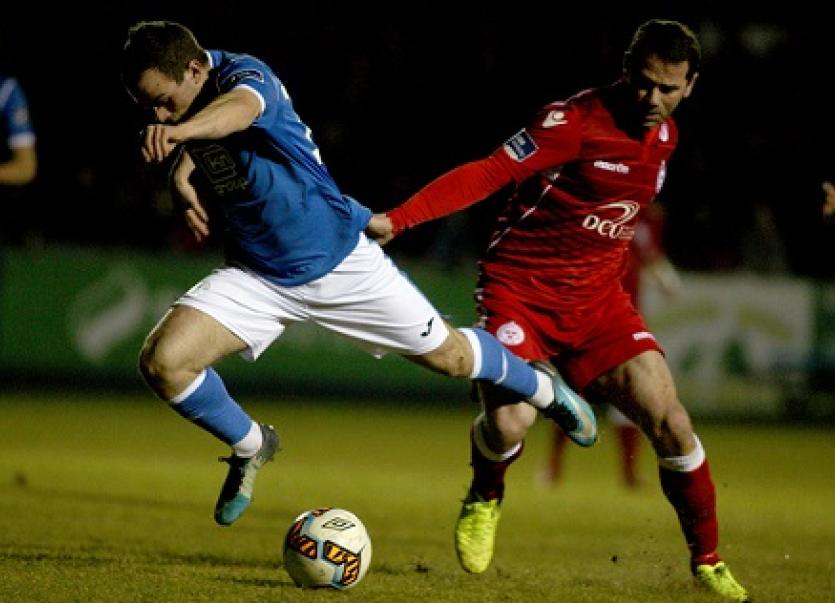 Finn Harps will make the trip to Ferrycarrig Park, Wexford tomorrow without a string of first choice players who are absent through injury or suspension (kick off 8pm).
It means Ollie Horgan’s starting eleven might well feature at least one first team debutante as Harps aim to get back on track after last weekend’s loss to Cobh Ramblers.
Mark Coyle and Tommy McBride will miss the game because of suspension.
Horgan is also planning without Paddy McCourt, Keith Cowan, John O’Flynn, Mark Timlin and Lee Toland, all of whom are set to miss out because of injury.
Cowan came on as a late substitute against Cobh, but he was clearly not 100 per cent fit after damaging his hamstring the previous Friday night against Shelbourne.
Toland, meanwhile, was due to have scan on a damaged ankle yesterday. The left back was taken by ambulance to Letterkenny University Hospital after sustaining an injury in the Cobh game. The early prognosis was that there was no break in the ankle.
However, the club are hoping that yesterday’s scan will give a better reading on any damage caused to the ankle ligaments.
The 1-0 defeat to Cobh brought an end to a fine run of results which saw Harps go five games unbeaten. Horgan said the bans imposed on McBride and Coyle for reaching their quota of bookings couldn’t have come at a worse time.
“If we were going to Wexford with a full-strength team, it would hard enough,” Horgan said.
“We’ve not got a great record there. So without all these players, it’s going to be a massive challenge.
“I just don’t know how we’ll be fixed or who we have. We’ve a number of players out. To be honest, John O’Flynn is probably the closest to being able to play, but I’m not even sure about that.
“I’ll have a look at what we have available. We’ve had young players involved over the past few weeks because of injuries, and you can guarantee we’ll have to turn to them again for this one.

Not ideal
“It’s not ideal. We’ve got a very small squad, and it’s at times like this that you pay the price for that.”
Wexford Youths, second from bottom in the First Division, have managed only two victories in the league this season. Indeed their form of late has been poor with five league defeats in five games, among them an 8-0 home defeat by UCD.
Harps won the first meeting of the sides in Ballybofey back in March - but only by 1-0 with Michael O’Connor’s goal midway through the second half enough to win it for Horgan’s side.
Tomorrow night’s match is among five fixtures in Division One. The leaders UCD are at Cabinteely while Galway United host Drogheda United in the game of the day.