Donegal Masters denied win in thriller against Dublin in Cavan 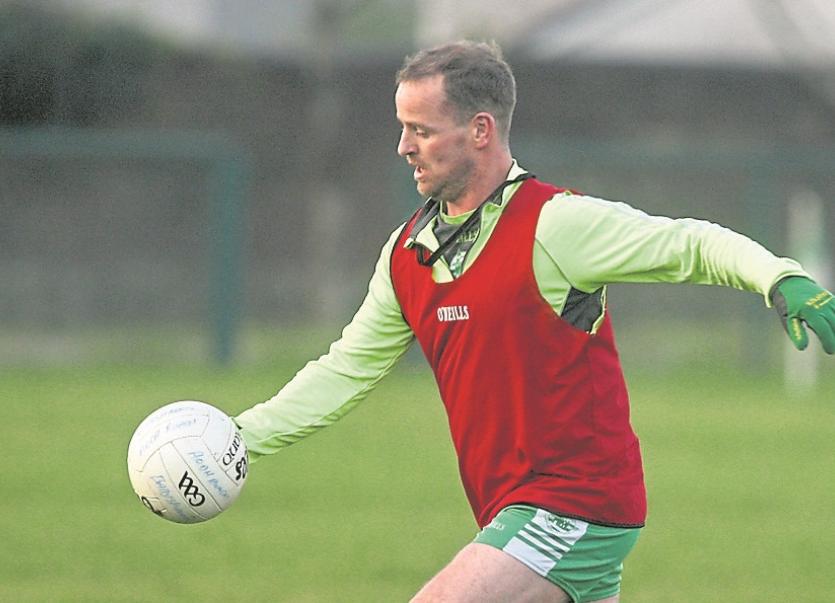 In a helter skelter finish, Donegal failed to put Dublin away in an exciting Masters semi-final in Lacken, Co. Cavan.

After being hit by one sucker goal in the opening half, Donegal were five down at the break, but they put in a great second half and were only denied by their poor shooting.
Dublin were on the rack and they reverted to some tactical fouling to stop Donegal with Sean McDaid one of the Donegal victims, forced off with two different Dublin players receiving yellow cards. Over the course of the game my record is that Donegal were awarded 29 frees to Dublin's 14, a very interesting statistic. Dublin were prepared to foul and stop Donegal's running game.
In perfect conditions the first half was really competitive. Donegal, despite playing against the wind, were ahead after 43 seconds, Gerard McGrenra working a free short and firing over from 35m.
Dublin got on terms on seven minutes, Ciaran McGuinness pointing, but they were very wasteful with the wind, hitting eight first half wides.
There was disaster for Donegal on nine minutes when they seemed to have a situation at the back under control, but a pass from Paul McGonigle was intercepted. Martin Gillespie made a great save from the first shot but it fell to Eoin Bennis and he had an easy chance.
Donegal reacted well with Adrian McColgan pointing on 10 minutes and John Haran, just after being introduced, set up Michael Ward to reduce the margin to the minimum, 1-1 to 0-3.
They should have been level on 16 minutes when the best move of the half involved Adrian McColgan, Brian McLaughlin and John Haran. Haran was fouled but Shaun Boyce's effort was caught by the wind and tailed wide.
Gerard McGrenra was also wide from another good free chance on 19 minutes and Donegal were punished for this wastefulness as Dublin struck for a second goal on 21 minutes. Niall Crossan was involved before Ciaran McGuinness fired home.
Peter Murtagh added a point before Michael 'Sticky' Ward became the third Donegal freetaker and he was successful on 23 minutes.
Ross Hainsworth added to the Dublin tally but Donegal had a great chance of a goal on 26 minutes. A great ball from John McFadden found John Haran and he freed Sticky Ward, but his effort went just over the bar.
Niall Crossan has a Dublin free before Donegal were unlucky again in the final minute as John Haran found Sticky Ward (who was causing the Dublin defence problems) but his effort came back of the upright.
Half-time: Donegal 0-5, Dublin 2-4.
Donegal cut the deficit within 40 seconds of the restart, Brian McLaughlin winning a free and Michael Ward pointing. Paul McGonigle added another from distance within a minute.
Niall Crossan left the margin four but Donegal were level by the 41st minute with great scores from Gerard McGrenra, John McFadden, Adrwian McColgan and Sticky Ward from a free.
Dublin went two up again thorugh Ciaran McGuinness and Ross Hainsworth, but Michael Ward replied from a free.
McGuinness, who was causing lots of problems for Donegal, put Dublin 2-8 to 0-12 ahead on 49 minutes it looked as if Dublin would prevail, but they would fail to raise another flag as Donegal dominated the final 10 minutes.
They lost Sean McDaid, who was stretchered off, but Michael Ward won a free for Paul McGonigle to point, and three minutes from the end Michael Ward pointed the equaliser after a high ball from Packie McGrath caused havoc and Brian McLaughlin was fouled.
Donegal had up to six clear chances to win the game but some poor shot selection meant that they will have to do it all again.
There were some fantastic performances not least from Sean McDaid, John McFadden, Adrian McColgan, John Haran and Michael Sticky Ward. Spare a thought though for Charlie Doherty, who was up against a speedster in Ciaran McGuinness but never shirked the challenge and near the end won a great sprint to get to the ball first.
Those were the standout performances, but it was a great all-round display with every one of the players used giving everything.