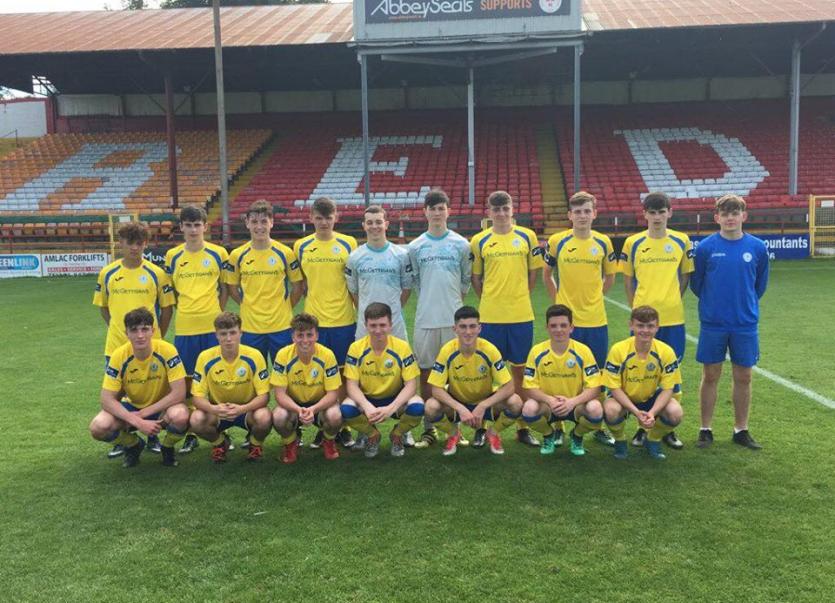 Zac Gorman scored twice after Jamie Browne hit the opener for the Finn Harps U-19s who recorded a 3-1 win over struggling Shelbourne in the Elite Northern Section of the National League on Saturday afternoon in Ballybofey.
The result very much keeps Joe Boyle’s side on course for the knockout stages of the competition. It was Browne who broke the deadlock before Gorman’s double made it 3-0 at the break. Shels pulled a goal back in the second half.

The result keeps Declan Boyle’s boys in third position in the Elite Section of the Northern League.

Cup exit for Harps U-15s
The Finn Harps U-15s are out of the National Cup competition after losing 3-1 to UCD at the Curragh in Killygordon on Saturday.

Jamie McDaid who scored twice against Drogheda Utd in the league the previous week hit the net again for Kevin McHugh’s team.