FOLLOWING IN THE GREAT LINE OF DONEGAL 'KEEPERS 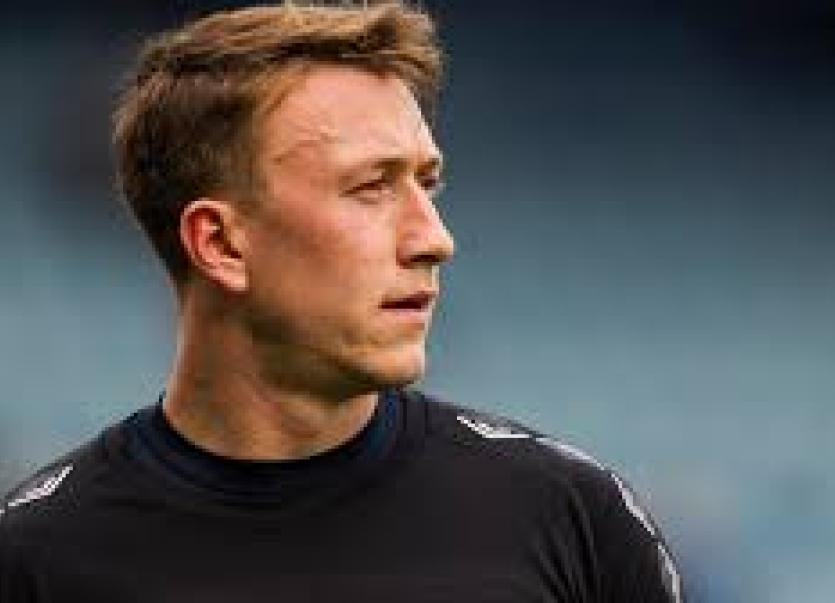 The McDermotts of Mountcharles are in celebratory mood this week with news that their grandson, Sean McDermott, has been called up to the Republic of Ireland squad ahead of the upcoming UEFA Nations Cup game with Wales and challenge game with Poland.
The goalkeeper, who served his apprenticeship with Arsenal before moving back to his native Norway, has already represented Ireland at U-17, U-19 and U-21 level.
Now 25, Sean plays his football with Kristiansund BK in Norway's Eliteseruen (Premier Division) and this is a first call up at senior level.
Sean spent some time in Mountcharles when he was around 10 or 11 before the family moved back to Norway. His dad, Terence, was a handy footballer according to local coach, Denis O'Gorman.
“Terence played for a good few years with Letterbarrow and was handy enough. He was very focussed and I think Sean has taken after him. Terence was also very stubborn and dedicated and Sean has that as well,” says Denis.
“I remember when he was here for the most of a year and I was one of the coaches with the St. Naul's U-14s. He was down training with us even though he was far too young to play, maybe about nine or ten. But even then he was an unbelievable shot stopper, diving for every ball. Even then you knew that he was going to be good,” says O'Gorman.
“But he was also very gounded and it seems he has stayed that way. I would have been very friendly with his dad and would have watched him progress through Arsenal and with Leeds on loan.”
“I'm delighted for him.”
There will be delight also for his grandparents Patsy and Ann, who live just outside the village of Mountcharles, as Sean joins the rest of the Irish squad (including his neighbour Seamie Coleman from Killybegs).
The Ireland squad will report into camp on Sunday, September 2 before travelling to Cardiff on Tuesday, September 4 for the game against Wales. The squad will then travel on to Poland ahead of the game on Tuesday, September 11.
The Welsh game is on Thursday next, September 6, with the friendly against Poland on Tuesday, September 11.