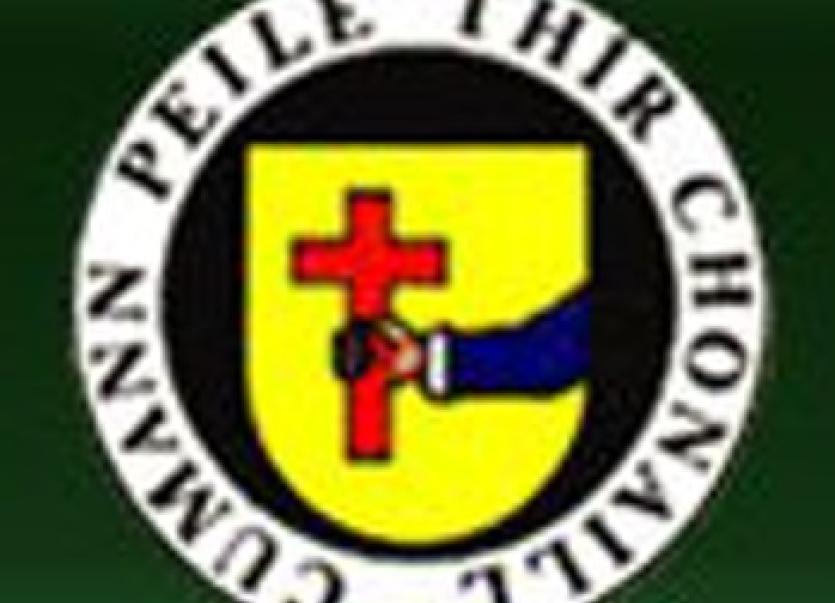 Convoy Arsenal 5
Deele Harps 0
Convoy Arsenal scored four in the first half with Emmet Patterson finding the net and Anthony Bogle completing his hat trick before the half-time whistle.
Convoy continued to press in the second half with Fergus Carson getting the fifth goal towards the end of the match.

Milford United 3
Kerrykeel '71 F.C. 2
Milford qualified for the area final with a hard fought win over Kerrykeel at Moyle View Park. In a tense first half Milford created several chances but a lack of composure in front of goal proved costly when Kerrykeel took the lead after 29 minutes when Bernard McGettigan slotted home after poor defending from Milford.
Milford started the second half well and Rory O' Donnell and Kyle Black hit the woodwork before Gary Merritt got Milford’s equaliser on 58 minutes. Milford took the lead on 65 minutes, once again through Merritt after a fine flowing move by the home side involving Black, Logue and Adam Serrinha.
Johnny Logue got what proved to be the winner on 80 minutes when he fired home from the edge of the box.
Kerrykeel pulled a goal back in the last minute of injury time from the penalty spot through Johnnie Friel.
Best for Milford were Anthony Hegarty, Johnny Logue and Rory O' Donnell
Cathal Martin played well for the '71

Glenea United 1
Cranford United 3
(after extra-time)
In blustery conditions it was Cranford that eventually came out on top after extra-time. After a scoreless first half Cranford took the lead on 55 minutes when after a foul in the box; Keelan McGroddy converted the resultant penalty. Keelan McGroddy was denied a second goal on a number of occasions by Shaun McClafferty and the post.
Glenea equalised on 80 minutes when the Cranford defence failed to deal with a long kick out and Michael Barry was on hand to drill home from the edge of the box to force extra time.
Cranford regained the lead on 94 minutes when Chris Carr’s deflected free kick found the corner of the net. Glenea almost equalised but Michael Barry saw his close range effort clear the crossbar. Cranford extended their lead on 100 minutes when Chris Carr scored with a well hit free kick.
In the second period of extra time Glenea pushed for a goal but were unable to find one.
Best for Glenea were Shaun MClafferty and Kyle McMullan, while Keelan McGroddy was threat throughout for Cranford.
Referee: Michael McFadden

Donegal Town 3
St. Catherine 0
Donegal Town booked their place in the Donegal Town Area Final of the Brian McCormick Cup with a convincing victory over St. Catherine' at the Hospital Field. After a largely uneventful first half Donegal took the lead through James Kerrigan who tapped in from close range to finish off a good team move.
Declan Brown whipped in a great ball which was headed home by David Graham to double the lead shortly afterwards. The game was effectively over as a contest minutes later when quick thinking from Town 'keeper John Leonard put Ronan McHugh through on goal. McHugh beat his man well before selflessly squaring the ball to Graham who made no mistake from close range.
Donegal had several chances to extend their lead with Graham, Gary Ward and McHugh all going close. Team performances from both sides.
Referee: Patrick Martin

Bonagee United 3
Whitestrand United 2
The home side took the lead on four minutes when a cross from the right fell to Mark Hunter and he shot home from ten yards. Eamon Cannon came close to scoring two minutes later only to see his strike just go wide of the post from the edge of the box. Ronan Morris saw his header from twelve yards well saved by Carr in the home goal on 15 minutes. Morris came close again on 22 minutes but his shot went wide of the post. Mark Hunter made it two to the home side on 25 after good play by Drew Connolly down the left he found Eamon Cannon on the edge of the box and he squared the ball of the Hunter who made no mistake from 15 yards.
Whitestrand scored two minutes later when a great run from the half way line by Kevin McCarry ended with his shot from the edge of the box hitting the post and the incoming Ronan Morris hammered home from ten yards.
Hunter got his third on 40 minutes when an Eamon Canon cross into the box fell to him and he shot home from fifteen yards.
Whitestrand started the better side in the second half and had a number of chances through Morris, Riordan and Carr in the home goal made a few good saves. Riordan did score for the visitors on 70 minutes when a cross from the right by Kevin Mc Carry fell to him in the box and he shot home from ten yards.
Kelly in the visiting goal made two great saves from Lee Mc Monagle on eighty minutes and two minutes later from Gareth Temple. Whitestrand should have levelled the match on 88 minutes when a cross from the right to the back post fell to Ronan Morris and he headed wide from three yards. Team effort by both sides referee Seamie Ferry.

Ballybofey United 1
Cappry Rovers 1
(Ballybofey United won 4-2 on pens)
Ballybofey United won this latest Twin Towns derby in a match that needed penalties to decide the winner.
United took a 10th minute lead through Michael Lafferty and they held this lead until the break despite having a player sent off early in the game.
Rovers came out determined after tiebreak and equalised on the hour mark through Aaron Kelly. Cappry then dominated the play however Ballybofey were resolute and thwarted several Cappry attacks. Indeed they turned things around and were the best side for the final ten minutes of normal play. Extra time failed to separate the sides so it went to penalties with the home side coming out on top.
Referee: Andrew Mullin.