The Fermanagh/ Donegal combination won ahead of a number of the big rally works teams. 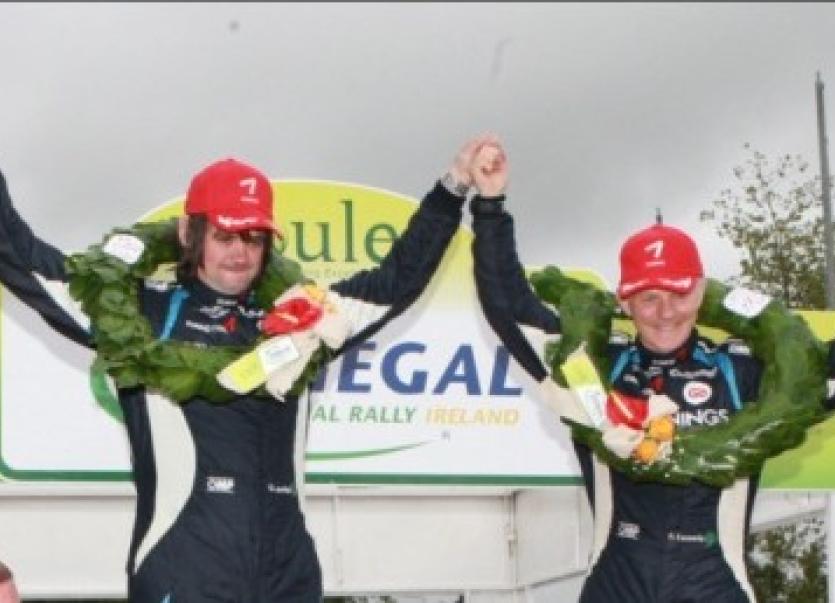 Garry Jennings and Rory Kennedy took a major prize at the weekend when they won Rallye Du Bethunois in in the North of France.
The Fermanagh/Donegal combination in their Subaru WRC took the first place on the finishing ramp against a number of the top works drivers in Europe and the UK.
They had over five seconds to spare over the next nearest competitor. Jennings and Kennedy are the first Irish winners of the prestigious rally which has never been won by a crew outside of France.
“After the disappointment of Donegal, we are really delighted with our win here today,” Garry Jennings told Highland Radio Sport on Sunday evening.
“It is a big rally. The biggest in the North of France and one of the biggest rallies in France and there have been huge numbers watching over the two days (Saturday and Sunday).
“We have been attracting a lot of attention because we are just a small team from Donegal. They have been calling us the ‘crazy men from Irlande.”
Jennings praised the work of JF Shovlin of Bruckless and his mechanical team for putting the car together at short notice.