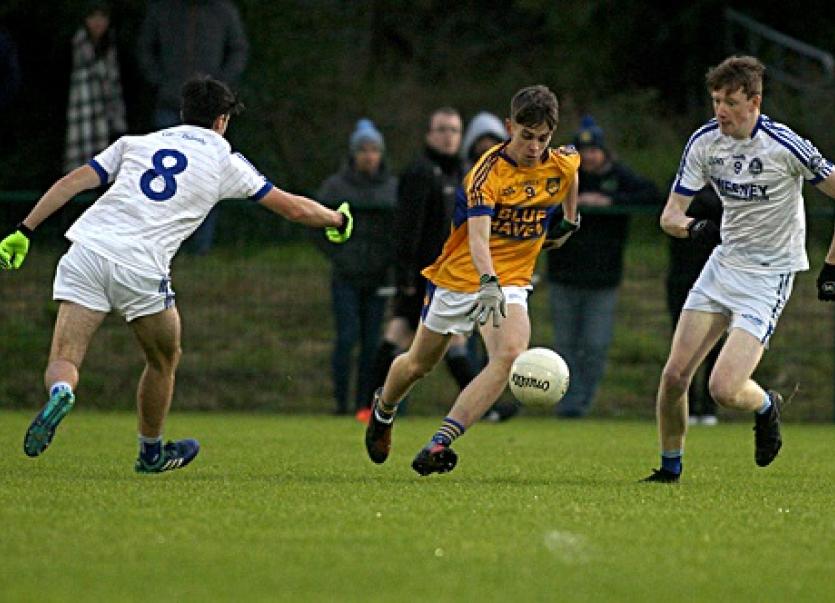 Despite losing Mark McAteer to a straight red card midway through the second half, Fanad Gaels proved too strong for Kilcar in the Donegal Minor Championship Division Two final in Convoy.

Fanad were physically stronger and they had the much superior forward line with Darren McElwaine outstanding.

The fact that Kilcar did not get one score from their starting six forwards tells a story. Their midfield pairing of Oran Doogan and Ryan O'Donnell hit nine of the ten points with the other score coming from half-back Eoin Cormack.
Fanad were first on the board on five minutes with the lively Mark McAteer at the fulcrum before Darren McElwaine pointed.
Eoin Cormack levelled immediately and Oran Doogan had Kilcar ahead for the only time in the half on 10 minutes from a free.
Fanad then took a grip, thanks to a dominance at midfield through Fergus Friel and the impressive Bernard McGettigan. They hit four points without reply through Mark McAteer, John Friel (after Joshua McAteer hit the post with a goal chance), Darren McElwaine and Bernard McGettigan.
Ryan O'Donnell pulled a point back but Bernard McGettigan pointed from what was Fanad's first free of the half on 15 minutes.
Ryan O'Donnell added another point for Kilcar when he could have went for goal, as the sides went point for point until half-time - McGettigan (2) for Fanad and Ryan O'Donnell again for Kilcar after a short free.
Kilcar were dealt a harsh blow before the break when referee Paul Clifford showed black to Seanie Boyle. Boyle had lost his balance going for a ball and slid into a Fanad player but it was just an accident, and hardly deserved even yellow.
Half-time: Fanad Gaels 0-8, Kilcar 0-5.
Ryan O'Donnell got his fourth point to cut the deficit two minutes into the new half but it was matched by Bernard McGettigan with a mighty score, his fifth, within seconds.
Oran Doogan lofted another but then Fanad hit the first goal with Darren McElwaine driving through the Kilcar defence before firing low to the net. McElwaine added another point for a 1-10 to 0-7 lead after 39 minutes.
Joshua McAteer and Oran Doogan traded points before Fanad lost Mark McAteer to a straight red after he reacted in an off the ball tussle with Ryan O'Donnell. O'Donnell was shown yellow.
If there was any doubt about the result, it ended on 22 minutes when Joshua McAteer hit a spectacular second goal, volleying home with his left.
The game fizzled out with both sides emptying the bench and adding one point each

Fanad finished with 13 with Matthew Gallagher being black carded near the end to go with a yellow he got earlier. He had been one of the strong Fanad performers along with Shaun Kerr, apart from those mentioned.