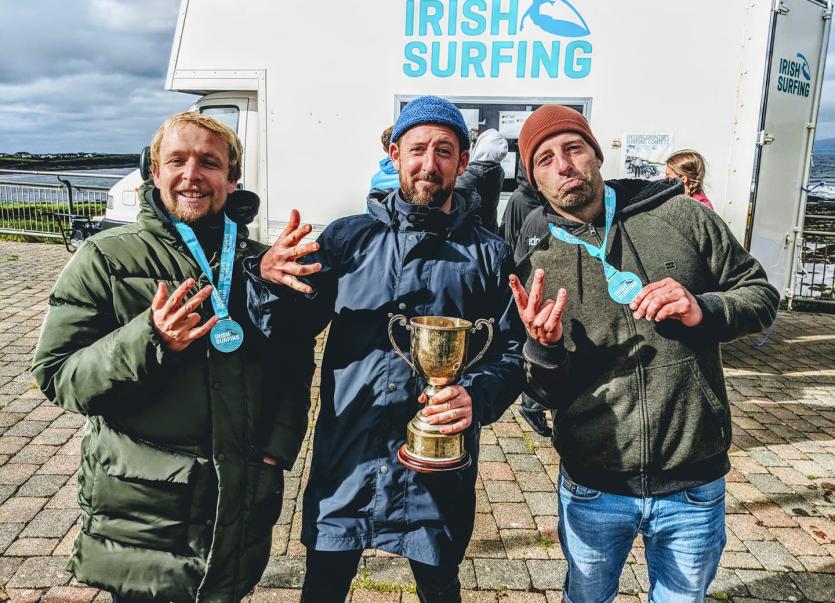 The Irish Surfing Championships took place at the weekend in Bundoran with some thrilling action on display.

With the tide pushing in and light fading fast, the Open final was the last of a long day of competition. Stephen Kilfeather opened with an excellent score and backed that wave up with a similar score towards the end of the final pushing him well into first place.

Gearoid McDaid edged ahead of Conor Maguire to take 2nd leaving Conor in 3rd and Owen Murphy in 4th.

The Women’s Surf final saw the same four finalists as 2017, Tbay’s Rachel Moore, Holly Widger and Grace Doyle and the 2017 Champion, Una Britton, Rossnowlagh Surf Club. A tight final ensued, but the highest score of the final went to Holly Widger, earning her 1st place ahead of Rachel Moore in 2nd, Grace Doyle in 3rd and Una Britton 4th. The organisers of last weened's event have extended congratulations to all the competitors and thanked everyone who helped out in the running of the event, especially the judges and  young Tiaran Carron, Bundoran Board Riders who kept everyone rolling on timer and disc all day.