Busy programme of league action too 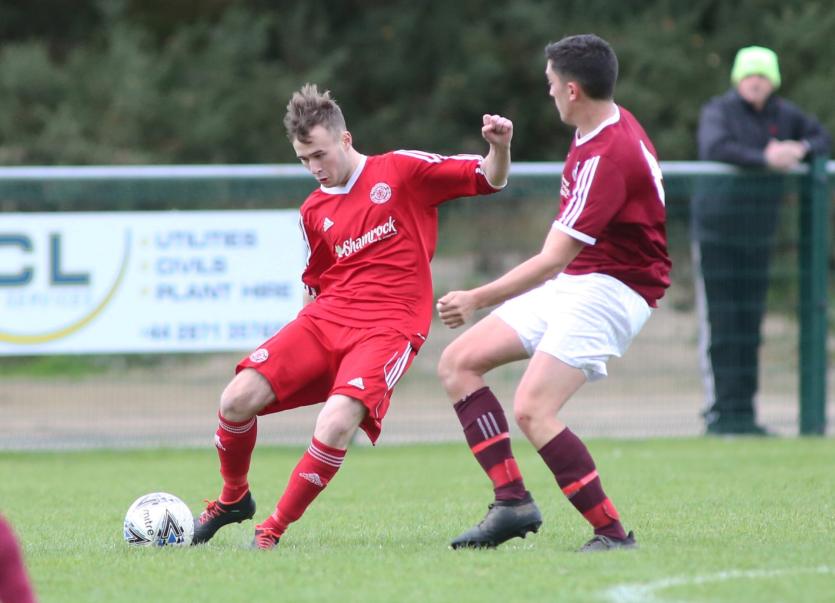 The last of the Area Finals in the Brian McCormick Sports Cup will be played on Sunday with Bonagee United taking on Milford United at Dry Arch Park.
These sides will be hoping to join Keadue Rovers, Convoy Arsenal and Ballybofey United in the last four of the competition.
In the Premier Division this weekend, there are four games fixed with the early leaders Kildrum Tigers hoping to extend their unbeaten start to four games when they travel to play Glenea United.
Castlefinn Celtic played their first league game last weekend, defeating Milford United. They play Kilmacrennan Celtic at home.
In the other games, St. Catherine's, who have seen very little competitive action in recent weeks, are away to Keadue Rovers while Rathmullan Celtic host Cappry Rovers.
In Division One, Drumoghill and Drumkeen United are the early pace-setters, although a number of sides have already got games in hand.
This Sunday, Drumoghill FC face a difficult assignment away to a Ballybofey United side who have enjoyed another excellent start to their season, particularly in the cup competitions.
Drumkeen United meanwhile have home advantage in the league against Gweedore Celtic.
In Division Two, Whitestrand United, Letterbarrow and Curragh Athletic are the teams leading the way early on.
This Sunday, Whitestrand are away to Glenree while Letterbarrow are on their travels took, at Deele.
In the Saturday League, there are two games in the top division with Strand Rovers hosting Glenea United and Oldtown Celtic playing neighbours Glencar.
There are two games in the Voodoo Venue Cup with Arranmore United at home to Milford United and Drumkeen hosting Keadue.