Munster are champions as USL draw with Leinster 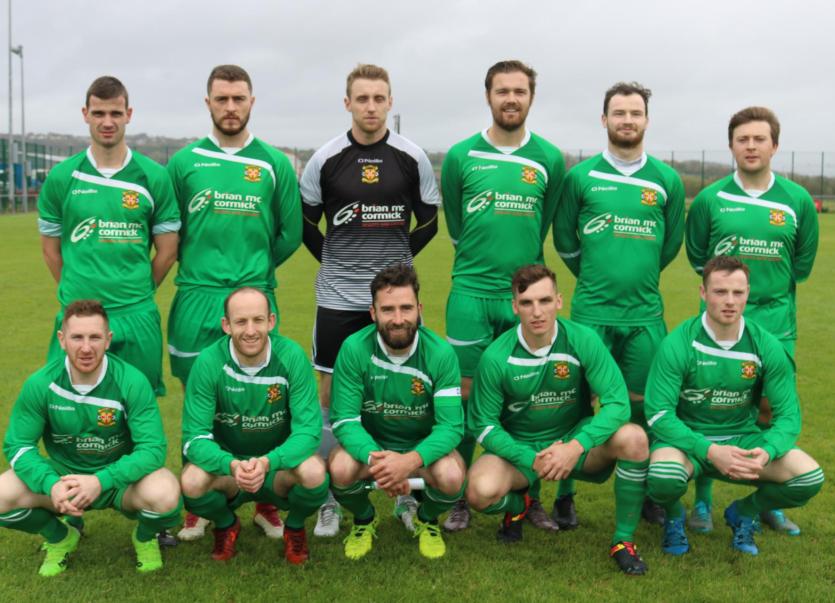 Tony McNamee’s penalty on 82 minutes earned the Ulster Senior League a share of the spoils in their final game of the 2018 FAI Intermediate Inter-League Tournament.

It looked as if the USL were heading for defeat, but McNamee stepped forward to convert from the spot eight minutes from the end.

The USL took the lead after just five minutes. McNamee found Thomas McMonagle. When the Bonagee man - who passed a morning fitness test to play - popped the ball into the danger zone, it was McNamee who stole in to side-foot home.

But Leinster turned the tables. Craig Walsh slotted in from a penalty and when Carl Forsyth got free of McMonagle’s shackles before rounding Rory Kelly, Leinster had the lead late with only three minutes remaining in the first half.

The Ulster Senior League needed to win to have any hopes of catching Munster, but it’s Munster who regain the title as a 1-0 win over Connacht at Leckview Park completed a clean sweep of three wins from three.

USL boss Anthony Gorman once more changed his pack with eight alternations to the starting XI from Saturday’s 1-0 win over Connacht in Buncrana.

Rory Kelly, McMonagle, Kevin McGrath, Jimmy Bradley, Michael Funston, Mark Moran, McNamee and Gerard McLaughlin all came in from the off as the USL set about getting the win they needed.

The USL set about making their play count, but Jimmy Bradley’s 20-yarder lacked the punch to trouble the Leinster goalkeeper.

Moran, who’d had a big impact off the bench in the win over Connacht, weaved his way through, but was denied by the legs of Hayden.

Leinster were a lick of paint from levelling when Gavin Kearney got on the end of Forsyth’s 28th minute corner, but his effort cannoned off the base of the USL post.

Craig Walsh fired over the top for the Leinster side ten minutes before the break, with the Crumlin United man fortunate not to have been sanctioned in the 20th minute.

A skirmish ensued after Kelly was harshly penalised for lifting what referee Terence Moyne deemed a passback from Oisin Langan.

Walsh appeared to strike out, but the incident was missed by the officials and Walsh began to come into the game after his reprieve.

And it was Walsh who tucked home a 38th minute penalty after Kelly took down Ajibula Suce.

Leinster sub Glenn Walsh went close with a header just moments after being sent on, while Kelly did well to deny Sean Byrne. Late in the game, after McNamee restored parity, Kelly thwarted Luke McWilliams and the USL finish with four points, pipped to second spot by Leinster on goal difference.