Substitute's goal sets things up nicely ahead of second leg 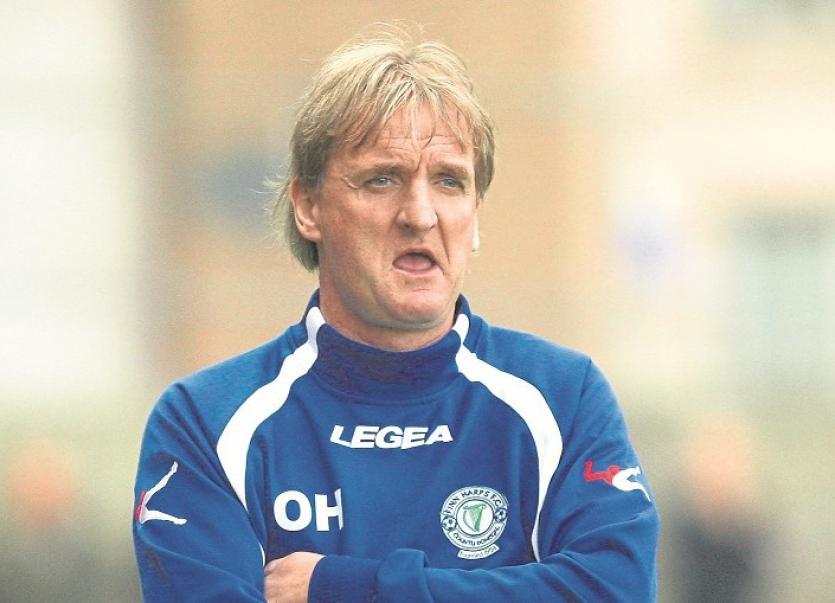 Nathan Boyle came off the bench to score the equaliser to ensure that Harps will take a draw into next Friday night’s second leg of their play-off against Drogheda United.

The striker was only on the pitch five minutes when he showed wonderful control from a long clearance before working an opening and firing into the net.

It was a brilliant finish from Boyle and it could well prove a crucial strike as Harps seek a place in the play-off final.

For much of this game, they had struggled to impose themselves against a Drogheda team who probably shaded things. Drogheda went in front after 12 minutes, and created some decent chances with Harps perhaps fortunate to be only trailing 1-0 at the break.

But Harps improved considerably in the second half and in the end, they deserved the draw.

Drogheda United, fresh from their dramatic play-off first round victory over Shelbourne on Monday night, looked the more confident in the opening stages.

Despite the absence of their injured captain Jake Hyland and striker Lee Duffy, they started very well with teenager William Hondermarck really catching the eye playing just off the frontline.

For Harps, the preparations for this game were hardly ideal. Their last fixture was almost three weeks ago when they rounded off their league programme with a 7-1 victory against Cabinteely at Finn Park.

And their lack of competitive action was perhaps a factor in their sluggish start to the game.

They found themselves a goal down after only 12 minutes when following Drogheda’s first corner of the night, Harps failed to deal with the set-piece and as the ball ran loose, Ciaran Kelly turned it home.

At times, Harps made life difficult for themselves at the back by giving away possession in dangerous areas. Thankfully for Horgan’s side, Drogheda didn’t take advantage when the chances allowed.

As the half progressed, Harps eventually began to find their feet. Mark Timlin, a surprise inclusion in midfield after his recent injury, began to get on the ball and along with Gareth Harkin, helped create some decent attacks for the Donegal side.

Harps didn’t create too many notable chances in the first half, although Mikey Place did find the net following a corner kick only to be denied by a linesman’s flag for offisde.

Place was involved in another good moment for Harps shortly after the half hour when Ciaran Coll was involved in the move which ended with Place seeing his well struck effort blocked by Drogheda keeper Paul Skinner.

Drogheda, however, finished the half strong and just before the interval Ciaran Gallagher came out on top in a one-on-one with striker Mark Doyle who seemed to get caught in two minds after finding himself in on goal.

The second half was a lot more even and when Mark Coyle came on for the injured Gareth Harkin shortly after the restart, it seemed to give the visitors an added spark.

Boyle replaced Jesse Devers a short time later and the substitute made an almost immediate impact with a fantastic equaliser on 66.

Drogheda probably enjoyed the better of things after that. Ciaran Coll got in a wonderful clearing header when Conor Kane’s cross looked destined to finish in the net.

Hondermarck also went close as the home side went in search of a second.

But Harps defended well and much to the delight of the large contingent of travelling supporters, they held out for a share of the spoils.