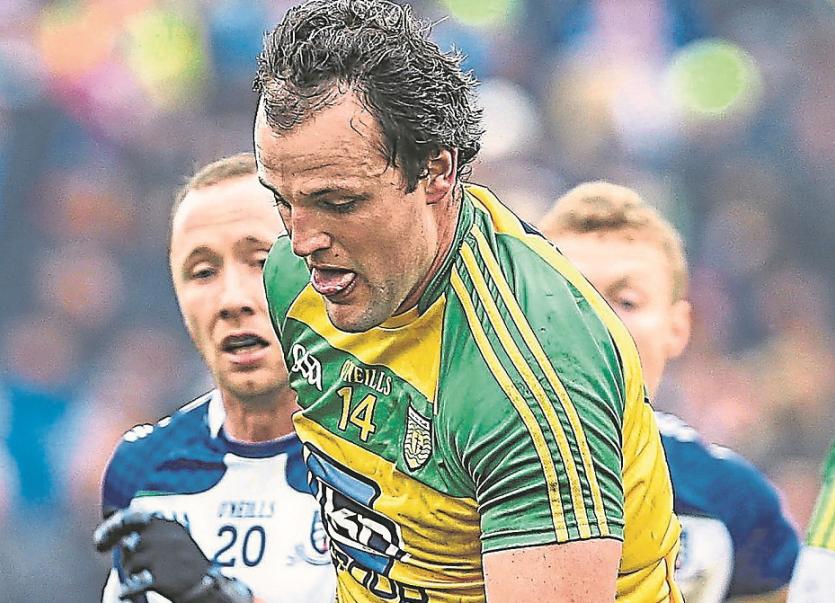 Donegal GAA Co. captain and two-time All-Star, Michael Murphy, is set to shorten the winter break by joining a local Donegal League soccer club.
The Glenswilly star, who is not due to line out for the county again until the Dr. McKenna Cup in January, has joined Lagan Harps, who play in Division One of the Donegal League.
It is seen as a major coup for the Manorcunningham based side and Murphy is likely to wear the No. 9 jersey.
Speaking to the Donegal Democrat, Lagan Harps manager, Jacko Crawford was obviously very happy with the capture.
"We're delighted to get him on board. He has put pen to paper for us," he said.
Murphy is said to be joined at Lagan by his Glenswilly clubmates Leon Kelly and Ruairi Crawford.
It is expected that Murphy will make his debut for Lagan in the Ulster Junior Cup v Kildrum Tigers on Sunday week