Daragh Ellison is Airtricity League U-17 player of the year 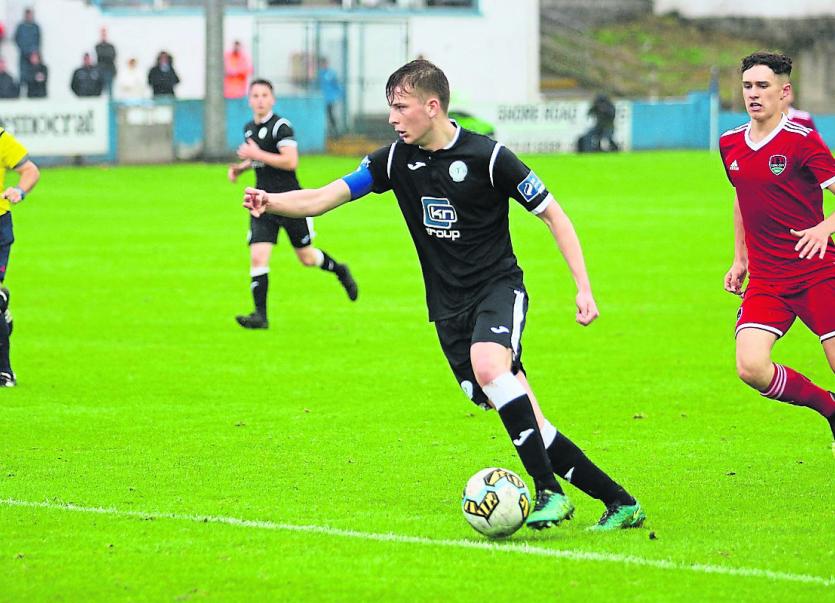 Daragh Ellison of Finn Harps has been named SSE Airtricity U-17 League Player of the Year for 2018.

The Letterkenny teenager has enjoyed a fantastic campaign with the Donegal club, captaining Declan Boyle's U-17s to a league and cup double.

He was also called up to Ollie Horgan's senior team and was named in the squad for the visit of Galway United during the promotion-winning campaign.

The Under-19, Under-17 and Under-15 SSE Airtricity League Players of the Year have all been announced.

All three players come from the respective League champions with St. Patrick's Athletic (Under-15), Finn Harps (Under-17) and Bohemians (Under-19) starlets all receiving awards.

Andy Lyons is the U-19 award winner. He captained Bohemians to win their historic Under-19 League and Cup double. He was also part of Tom Mohan's Republic of Ireland side that qualified for the UEFA Under-19 Championship Elite Round.

At U-15 level, Kyle Conway played a crucial role from midfield for St. Patrick's Athletic. He also made his debut for Colin O'Brien's Republic of Ireland Under-17s this season.