Round-up of all the weekend action, results and fixtures 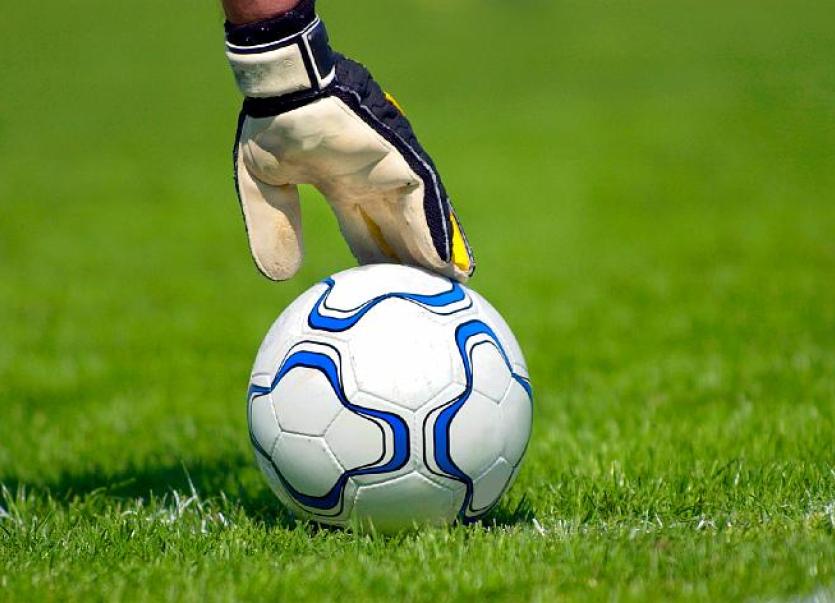 Keadue Rovers have settled into life in the Brian McCormick Sports Premier Division of the Donegal League even better than they could have anticipated following their promotion last season.

And the Central Park club’s excellent start to this year’s campaign continued on Sunday when a 2-1 victory at Glenea United saw them move joint top along with Kildrum Tigers.

Keadue went in front at Glasserchoo through Adam Neely's free kick in the opening minutes.

Keadue took the lead again in the 40th minute when Aiden Mc Hugh got on the end of a free kick to direct it past Joe Coll. Glenea had the chance to draw level in the 62nd minute when Darren Ferry was brought down in the box but the resultant penalty was saved by Danny Rodgers.

In Sunday’s other game in the top division, Cappry Rovers won 3-2 against bottom side St. Catherine’s.

The Killybegs men played much better in this game and went in front through Stuart Johnston only for Stephen Carr to draw Cappry level before the break.

Aaron Kelly then put Cappry into the lead only for Ryan Cunningham to score from the spot for the visitors.

Jamie Murray hit the winner to give Cappry the points.

In the only game played in the Temple Domestic Appliances Division One, Lifford Celtic and Cranford FC played out an exciting 3-3 draw.

Goals from Kealan mcGroddy and Padraig McGinty had Cranford two to the good but Niall Coyle’s two goals got Lifford back on level terms at 2-2.

Johnny Robb’s penalty looked to have won it for Lifford but Paul Gallagher’s goal gave Cranford a deserved point.

Kerrykeel, the leaders in the Donegal Physiotherapy & Performance Centre Division Two, were on cup duty, so Raphoe Town took full advantage following a 5-0 win at home to Copany Rovers to move within five points at the top.

In the other games in this division, Whitestrand scored twice in the second half to earn a 2-2 draw at Carrickboyle against Gweedore United. Warren McGinlty and Liam O’Riordan scored for strand

Deele Harps travelled to Dunkineely Celtic in a reversed fixture and came away 4-2 winners and they move 3rd just behind Raphoe on goal difference.

Leaders Kerrykeel lost out at Moville Celtic in the Ulster Shield today which gave the chasing pack a chance to close.

Utd were 2-0 up at half-time but goals from Warren McGinley and Liam O'Riordan denied Gweedore the full points.

The game between Deele Harps and Dunkineely Celtic was reversed to Darney Park, but Deele still managed to pick up a 4-2 win thanks to goals from Anthony McCullagh, Aidie Gallagher and Jamie McAleer with two.

Dunkineely will feel they could have taken something from this game, especially having missed two first half penalties. Their goals were scored by Adrian Nesbitt and Cole Quigley .

It was a disappointing day for the Donegal League clubs involved in the last sixteen of the Ulster Junior Cup at the weekend.

Of the eight ties played, only three teams from the Donegal League managed to pick up victories with Kilmacrennan Celtic, Castlefinn Celtic and Kildrum Tigers progressing to the quarter-finals.

In a game played at The Moss in Drumoghill, Kilmacrennan were 3-1 winners over Buncrana Hearts. The Inishowen side were in front through Steven McHugh second half goals from Seimi Friel, Michael McLaughlin and Caolan McDaid helped Kilmacrennan to an impressive win.

In an all-Premier Division match at the Hospital Field, Castlefinn Celtic were 3-1 winners against Donegal Town.

Corrie Lee Bogan put Castlefinn in front early on and as Town struggled to find their fee, Bogan scored again before Ronan Tourish’s goal had Castlefinn 3-0 up inside 20 minutes.

Kildrum Tigers beat Clonmany Shamrocks 2-0 as Kevin McHugh rolled back the years with a deadly brace .

The former Finn Harps' man netted a goal in each half as Shane Mc Ginty’s side advanced.

Drumkeen United were 4-1 up at Redcastle at half time but ended up losing 5-4.

Carndonagh beat Ballybofey 3-0; Convoy lost 5-2 at home to Glengad; Rathmullan were beaten 4-0 at home by Cavan Town and Milford United went down to a 1-0 defeat at home to Greencastle FC.

On Sunday, there were three games involving teams from the Donegal League.

Kerrykeel lost out 6-4 against Moville Celtic after extra time but there was better luck for Curragh Athletic who won 5-3 at Greencastle.