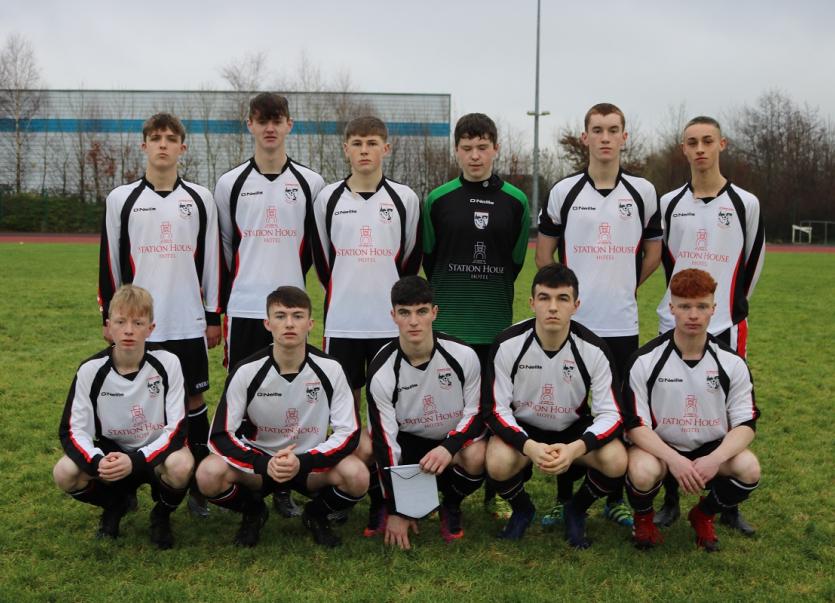 Letterkenny Rovers bowed out of the FAI Youth Cup and will rue the concession of two soft first half goals as Dublin kingpins Stella Maris emerged 2-0 victors on a mild afternoon at the Aura Centre on Saturday afternoon.
Rovers were dominant for long periods of the second half but just could not get a pathway back into the game with visiting custodian Kaylen Rice in imperious form to ensure his side held out for victory.
Rovers were quickest out of the blocks and took the game to their hosts but chances were limited in a cagey opening period and it was the Dublin side who scored the opener on 29 minutes when a corner -which was needlessly given away in the first place- wasnt properly cleared and it fell to Abasse Camara and he shot home with the aid of a deflection past Johnathan Pearson in the Rovers goal.
That rocked Rovers but they almost got back into it when Kealan Dunleavy headed just wide from a Gavin McGee corner just minutes later.
Stella Maris though crucially doubled their lead on 35 minutes when Dunne met a sublime cross from Cian Kavanagh to head home and it left Rovers a mountain to climb but to be fair to the home side they really refocused and piled on the pressure at the end of the opening half and came closest when Rice made a super stop to deny McGee with a decent effort from just outside the area.
Rovers were energised after the break and piled forward in droves with Stella content to sit deep and came close on a number of occasions but a combination of poor decision making, last ditch defending and some Rice intervention saw chances come and go for Oran Winston, Adam Yisau and the vivacious James Kernan while Nathan Plumb will wonder how he didnt manage to find the net after getting on the end of a Kernan flick-on.
One sensed that if Rovers could get a goal back then it may lead to a quick second but a resolute Dubliners side defended well and were in no mood to surrender their lead and they could have added a third late on through Jack O'Dare but its they who advance to the last 16 and leave Rovers bemoaning those goals cheaply given away in the opening half.