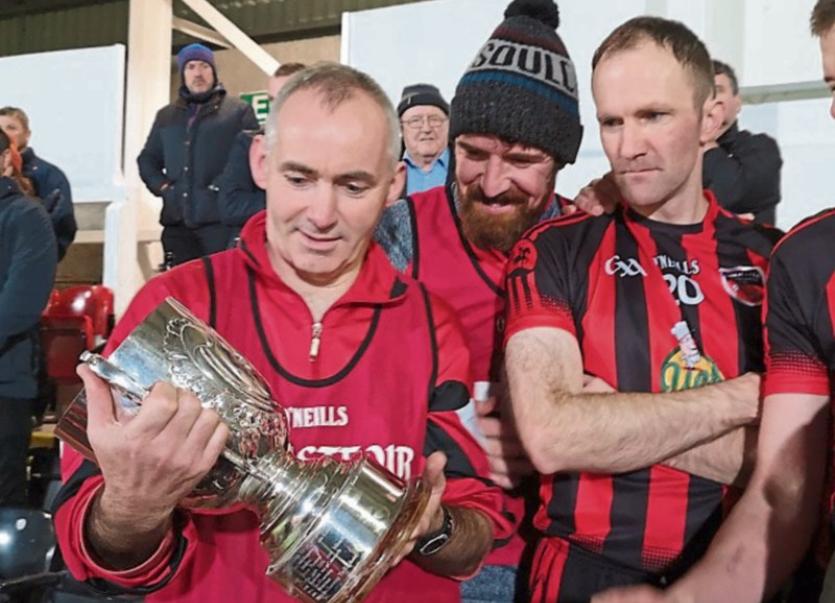 Red Hugh's, the Donegal Junior champions and the recently crowned Ulster champions, turn their attention to the All-Ireland race this Sunday, when they face British champions, Dunedin Connollys.

The game, an All-Ireland quarter-final and is a home tie for Red Hugh's, is fixed for O’Donnell Park, Letterkenny with throw-in at 1 pm.

It is a first appearance in the All-Ireland series for Red Hugh's, who won their first Ulster championship three weeks ago. In all North West final they defeated Derry champions Limavady Wolfhounds in Celtic Park.

Johnny Carlin scored a goal and two points after being sprung from the bench as Red Hugh's came from behind to claim the title with a 1-11 to 1-9 win.

Damien Browne and Calvin Bradley posted 0-3 and Peadar McGlinchey, Ryan Kelly and Pauric McMenamin 0-1 each against the Derry men.

Red Hugh's also had wins over Con Magee’s, Antrim and Emyvale, Monaghan on their way to the Ulster decider.

Dunnedin Connolly, from Edinburgh, have become the dominant junior club in British football in recent seasons.

They are appearing in their third All-Ireland quarter-final in-a-row. And with one win and one defeat they are a decent outfit and need to be respected.

In 2016, they defeated Rosenallis from Laois and last season they gave Naomh Colmcille, the Donegal champions, a right good run for their money.

Naomh Colmcille eventually won a tight game played in Edinburgh, by a point, 1-9 to 2-5.

Former Naomh Conaill player Seosamh McKelvey is the Red Hugh's manager and he is concerned that he is a little in the dark when it comes to Sunday’s opposition.

“I’ll be honest, we know very little about them and we are having great difficulty finding out anything about Dunedin,” the Red Hugh’s boss told the Democrat.

“There doesn’t seem to be any dvds and even reports on their games are hard to find.

“What we do know is they have been in the quarter-final for the last two years. We also know they beat the Laois champions two years ago and last year they ran Naomh Colmcille, who are a brave side, close.

“But other than that we know very little about them. Hopefully, we will pick a few more bits of information on them this week.

“From what we hear they have a number of new players from last year. So we are really in the dark about them and that is a concern because you always like to have some idea about your opponents.”

Dunedin defeated London champions Neasden Gaels in the British final two weeks ago. The final was played in Manchester and it took a last minute penalty save from their ‘keeper Adam McKeever to ensure the win on a final score of 3-12 to 2-12.

Donegal men Enda Newton, Carndonagh and Brian McAteer, St Eunan’s are key men in the squad that also includes a number of former Mayo minor and U-21 players including Sean Melee, Conor Horan and Damien Keane.

They also have a number of Kerry players in their lineup and are managed by Roscommon man Adam Ward from Ballinameen in North Roscommon.

“The lads are looking forward to the game and they have prepared well for it and they want to do well in the All-Ireland series; they may never get the chance again.

“It is a chance in a lifetime and they are hungry to do well.”

Red Hugh’s versatile Shane Gallagher suffered a broken jaw in the Ulster final and is out of Sunday’s game.

“Shane is a huge loss. He has been possibly one of our best players all year and especially when Stephen (McMenamin) was away with county, week in week out he put in big performances and we will sorely miss him.”

Gallagher was replaced by goal hero from the final, Johnny Carlin, and he is likely to replace him again on Sunday.

Otherwise, the Donegal champions will be along the same lines as the side that started against Limavady.

With three tough games behind them in Ulster and having come through a competitive Donegal championship Red Hugh's are battled hardened. And they go into the game as firm favourites and if they don’t take the Dunedin challenge lightly they will win.

The winners face Sligo and Connacht champions Easkey, in the All-Ireland semi-final in the new year.