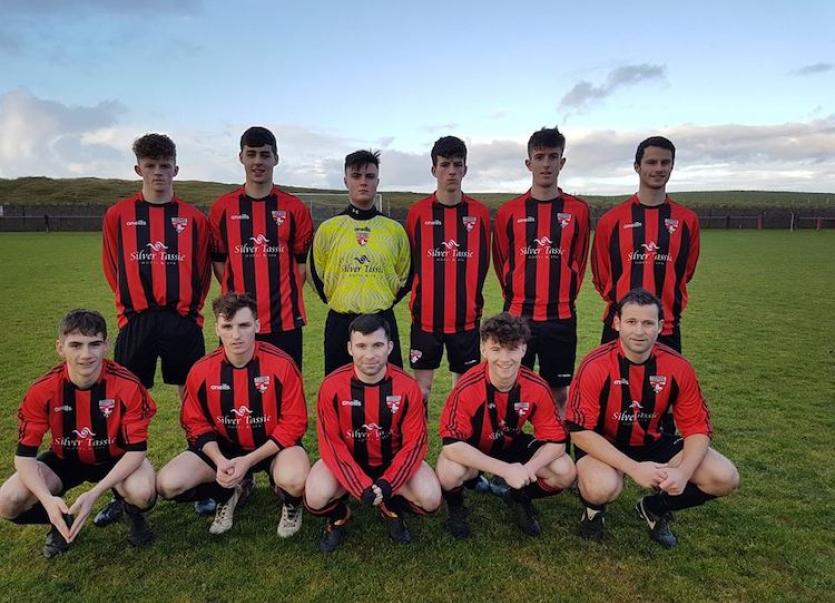 There were away wins for the big two, Cockhill Celtic and Letterkenny Rovers in the Ulster Senior League today with Cockhill proving much too strong for Fanad United while Letterkenny overcame Swilly Rovers.

Cockhill Celtic kept the pressure on at the top of the table with a 5-1 victory away to Fanad United on Sunday.

It was an entertaining game played in ideal conditions.

Fanad had the first half chance after five minutes when Paul Bradley did well down the right and his cross across the face of goal was just missed by Keelin McElwaine.

Cockhill took the lead in the 15th minute when they were awarded a corner, Gerry Gill swung the ball in and it was met by Malachy McDermott who headed home.

Ten minutes later McDermott missed a good chance to extend the lead when he dragged his shot wide when well placed.

Five minutes before the break Laurence Toland should have got a second but he hit the side netting after rounding the keeper.

Three minutes into the second half, a Fanad corner was knocked down to Caolan Kelly on the edge of the box and his thumping shot produced a decent save from Lee McCarron.

Just before the hour mark Fanad got and equaliser.  Paul Bradley's corner was headed back across goal where Dean McCarry was waiting and his rasping left footed shot gave McCarron no chance.

Fanad were only on level terms for five minutes as Laurence Toland got on the end of a super Lee McColgan cross to head into the top corner.

Five minutes later Cockhill got their third when Daniel Martin Doherty picked the ball up 25 yards out and he hit a rasping shot into the top corner.

Doherty got his second of the game on 73 minutes when he headed home an excellent Gerry Gill cross.

With five minutes remaining, Keelin McElwaine found space in the box his shot produced a fine save from McCarron.

As time was running out Cockhill got their fifth in spectacular fashion.

Substitute Ethan Canning picked the ball up out on the left and when he cut inside he unleashed a superb strike into the top corner.

Second half goals from Darren McElwaine and Jonny Bonner sealed victory for Letterkenny in a hard fought game.

Both teams were missing a few regulars.

Christy Conaghan and Sharkey had efforts well saved by Gareth Muldoon in the Swilly net.

Letterkenny went ahead on 50 minutes as McElwaine slotted home from close range.

Bonner made it two on 76 with a cool finish.

Tony McNamee had two shots just off target for Swilly but the visitors had too much in the end.

This was a good sporting, hard-fought game  with both teams giving their all.