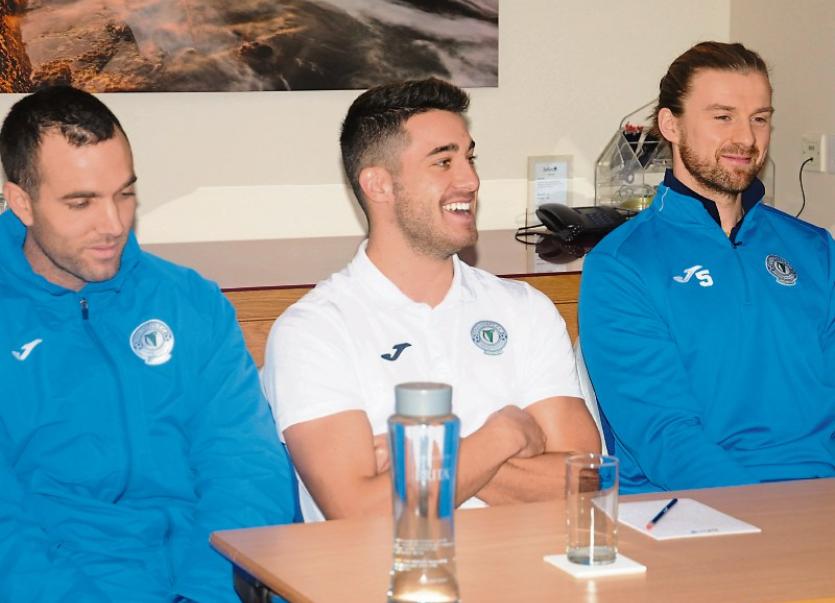 The centre-half, who missed all of 2017 with a serious knee injury, has been handed the captain’s armband once again by Ollie Horgan.

And he is looking forward to his second spell in the Premiership with Harps and he is happy with the way things are shaping up at Finn Park for the season ahead.

“Pre-season is something you don’t look forward to. There’s lot of runs and a lot of gym work,” said Keith.

“But the group is coming together nicely. A number of new faces, fellas we are used to playing against, have come in.

“Guys with a lot of experience, guys like Rafael Cretaro from Sligo, Sam Verdon and Dan O’Reilly from Dublin, and Caolan McAleer has been here before.

“They are a few of the names but the squad is shaping up not too bad; we have played a number of pre-season games.

“We might not be where we want to be but hopefully come two weeks time we will be in top shape for the first game.

“The team hasn’t taken shape yet and we don’t know what system we are going to go with, that is going to take time to bed in. But that is something we will be working on in the next few weeks.”

“It is going to be tough and with games coming thick and fast and playing Friday, Monday, Friday, it is going to take its toll on the squad.

“The squad isn’t that big to start with but there are no excuses and nobody is going to be looking for any. We are just going to have to get stuck in.”

All of the teams in the Premiership, with the exception of Harps, are full-time professional teams.

But that is something the Harps skipper is not going to use as an excuse.

“There is nobody putting a gun to my head to play. I’m playing because I want to pit myself against the best and the best teams and players are in the Premiership.

“I’m in a privileged position to be playing for Finn Harps and I’m sure all the other guys in the squad would say the same thing.

“We are looking forward to the challenge and hopefully we will be able to turn a few heads during the season.”