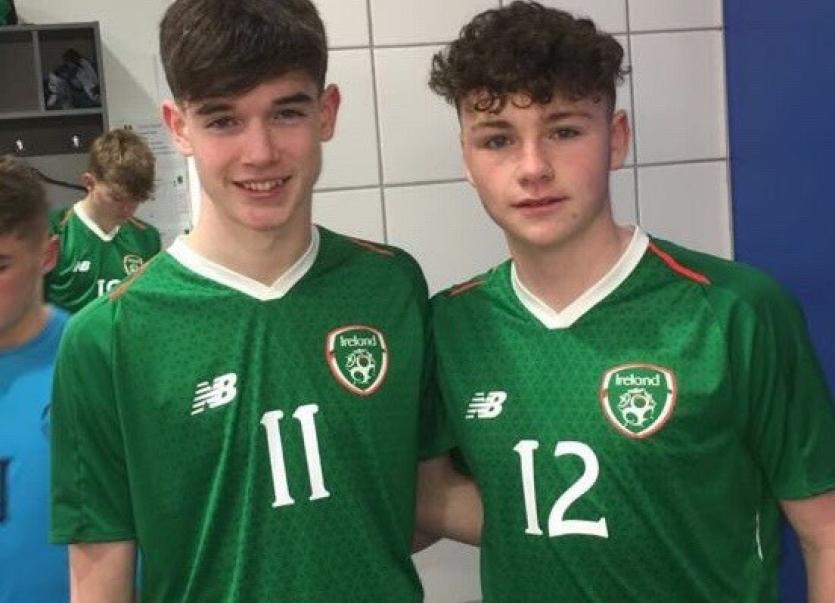 The Republic of Ireland U-15s drew 2-2 with the Netherlands in the second match of their International Tournament in Spain's Pinatar Arena, before the Dutch won a developmental penalty shoot-out 4-2.

Republic of Ireland 2-2 Netherlands (2-4 pens)
Finn Harps Luke McGlynn came on as a replacement and was one of the Ireland penalty scorers along with Evan Ferguson.
Jason Donohue's side came from behind twice, with second-half goals from captain Cian Kelly and Michael Leddy giving Ireland a deserved draw.
Under tournament rules, a penalty shoot-out follows all draws and the Dutch won 4-2, with Luke McGlynn and Evan Ferguson finding the back of the net for Ireland.
All 20 players in the squad have now started a game, with Sean Grehan and Ciaran O'Sullivan making their debuts in Friday's encounter.
Finn Harps other panel member Conor Campbell was an unused sub but will almost certainly get game time in the final game in the tournament with a match on Sunday against Hungary.
It was the second draw for Ireland as they drew with Spain in the opening game, also losing out on penalties.
Speaking after the match, Donohue was proud of the effort his side have shown this week in Spain.
"The lads were terrific. It was a cagey first half, but after the break we played excellently. We have a lot of character and maturity in this team. The togetherness of the squad showed in the second half. The team really stepped it up today against the Dutch.
"All 20 players have started one of our opening two games, and none of them looked out of place. I couldn't be any prouder of them," said Donohue.