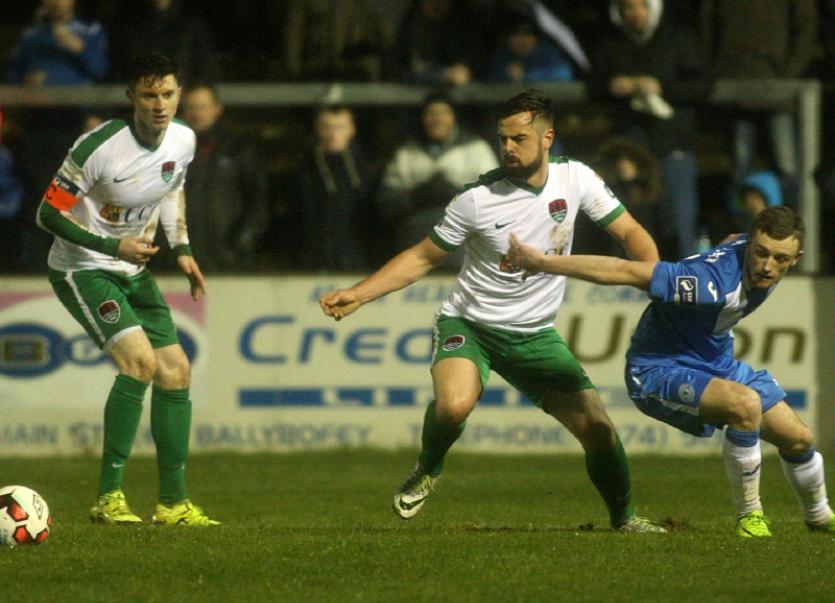 Finn Harps manager Ollie Horgan has said the relentless opening run of games in the new season is already taking its toll on his squad.

Tomorrow night’s visit of Cork City in the Premier Division will be Harps’ fifth game in the space of 14 days.

And while Horgan has done his best to tinker with his squad over the last few matches, a serious injury suffered by Gareth Harkin in Monday night’s game at Shamrock Rovers means Harps will be without another key player for what could be a lengthy time.

“We can’t complain about Friday games because they are scheduled,” Horgan said this week.

“But Monday night’s game was probably a game too far for us.

“I think we’ve played five games in 14 days and it’s not so much not picking up points in those games - we can only put up our hands and blame ourselves for that. But it’s maybe the injury toll. Too many games without proper recovery has affected us and unfortunately, Gareth has paid the cost of that.”

Harkin was due to have a scan on his leg injury on Tuesday after he was stretchered off just before half-time at Tallaght Stadium.

Already without long-term injury victim Mark Timlin, Harps have already been forced to play several players who are carrying knocks in recent outings. Sam Todd also missed the games against Sligo Rovers and Shamrock Rovers due to injury while Rafael Cretaro was named among the subs for Monday’s game.

Horgan said it was a difficult night in Dublin.

“I always was going to be and unfortunately that’s the way it transpired,” he said.

“It could have been worse. At half-time we were three down and the game was gone. Unfortunately we picked up a nasty injury with Gareth. Don’t mind not picking anything up on the night, the injury to Gareth is probably as big a blow.

“You’re not going to turn around a 3-0 scoreline up in Tallaght against the quality that Shamrock Rovers have. But to be fair to the lads, they stuck together and dug in and played some decent football in the second half, albeit with the game over and done with.”

With three defeats from their opening five games, suddenly Harps fans will be anxious for their team to find a victory before the season goes on any longer. But tomorrow night’s visit of Cork City will prove as tough a test as anything Harps have met this season.

The Munster men sit only two points ahead of Harps in the early-season table and their only victory so far came at Sligo Rovers.

It’s been a stuttering start to say the least from John Caulfield’s side but they’ll be strong favourites to pick up another much-needed win in Ballybofey tomorrow night.

Just how Harps respond from the defeats last Friday and Monday will be interesting to see.

Todd could well be back in the reckoning and his return would be a timely boost to Harps. On-loan striker Sean Boyd, who was unable to play against his parent club Shamrock Rovers on Monday, will return as will Mark Coyle who wasn’t in the squad for the game in Dublin due to exams. Add to that the expected return to the starting eleven of Rafael Cretaro and Horgan’s selection options aren’t too bad, despite the disappointment of losing captain Harkin to injury.

Friday’s game is at 8pm.