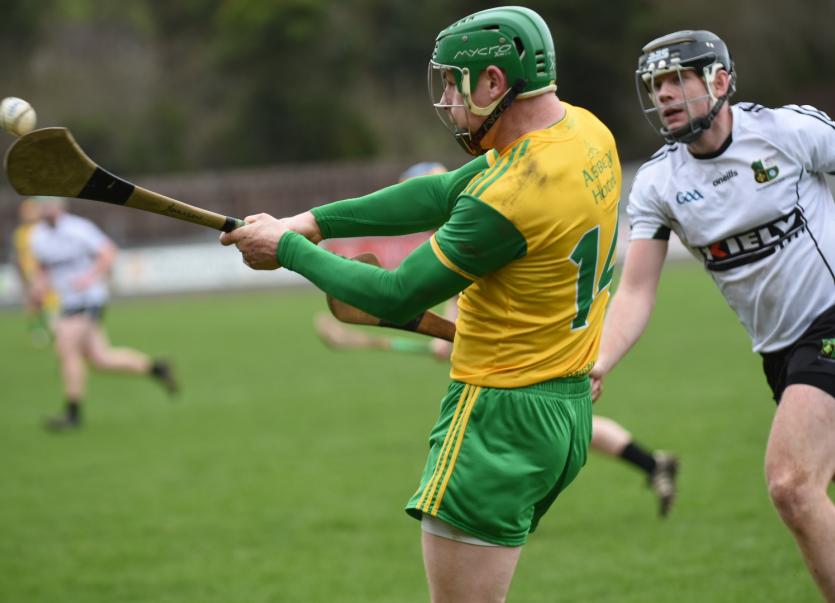 Donegal and Warwickhire are fighting for Division 2B Allianz National Hurling League survival when they go head to on Saturday in Pearse Park, Longford. (12.30pm)

The game is a relegation playoff with the prize for the victors Division 2B hurling again next season while the losing side will make the drop to Division 3A.

“The lads were saying at training last night it is as big as our Nicky Rackard Cup final against Warwickshire last year.

“Another season in Division 2B would really bring us on as a team. You can even see this year the young lads coming into the team, how playing at the higher level has brought them on.

“It would not be good to be playing in Division Three in the league and playing in the Christy Ring Cup in the championship.”

“Declan has made a good recovery and he trained well last night but we won’t make a final call on his fitness until Friday night.The physio will assess his situation and really it will be down to the physio.

“The last thing we want to do is risk him and he does more long term damage in the game and maybe miss out on the Christy Ring Cup. The final call will be with the physio.”

Padraig Doherty and Stephen Gillespie, who missed last Sunday’s game against Warwickshire in O’Donnell Park, are fighting fit again and are all systems go for Satuday’s date with destiny.

“The lads had minor knocks last week so we decided not to risk them last Sunday, but they are going to be fine for Saturday’s game.”

Captain Danny Cullen, Sean McVeigh and Gavin Browne were also rested for last weekend’s game against Warwickshire, though Browne was introduced at half-time.

But the Donegal boss is not reading too much into that game. “They travelled light last week and were short a number of regulars and also had only two subs. They will be much stronger on Saturday.

“They will be more like the team that we played in last year’s Nicky Rackard final and we all remember that day, they put us to the pin of our collar for a lot of that game.

“They have lost a couple of players from that team as we have so we are expecting a real tough challenge.”

Donegal are hoping to travel down Friday but were yesterday still awaiting clearance on that matter.