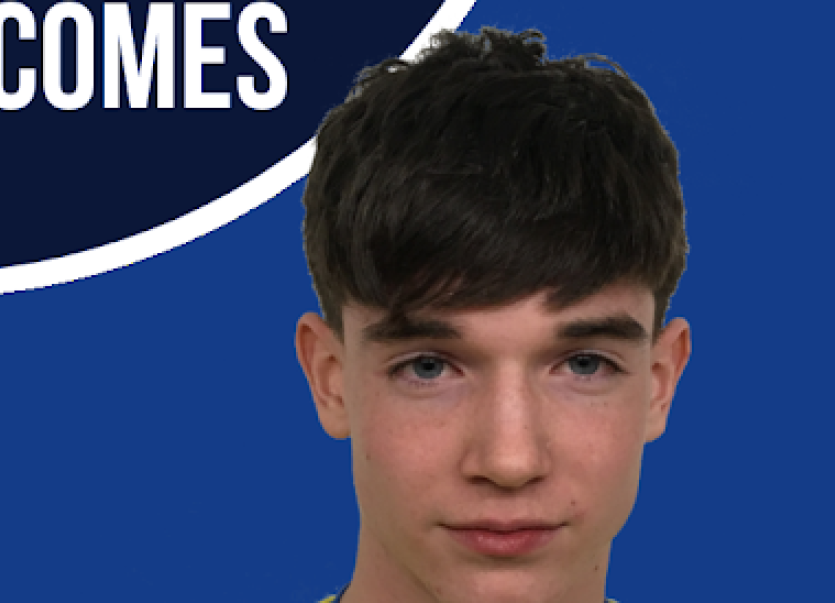 Conor Campbell . . . got the opening goal for Harps

The Finn Harps U15 got their league campaign off to great start with 4-0 victory over a spirited Longford Town U15s.

It was also the perfect start for new manager Paul McBride. His side was the brightest early on and had plenty of opportunities to open the scoring through, Conor Campbell, Liam Donnelly and Josh Maxwell, in the opening 15 minutes. Longford slowly got to grips with Harps’ attacking threats and caused problems on the counter. Harps’ netminder, Eoin McGettigan, was called upon twice before the end of the first half to push long range shots away.

The hosts got the crucial goal before the stroke of half-time through Conor Campbell. Colin Mooney received a pass from McGettigan in goals and surged forward from defence. His pass found Campbell on the edge of the penalty area, and a quick dribble from the Irish underage international took him past a Longford defender before  powerful low strike had Harps crucially going in at the break 1-0 up.

Longford dominated the opening exchanges of second half. They went close on two occasions from corners. Harps’ Captain, Cuan Lafferty, made a vital block to deny Longford an equaliser and from the resulting counter attack, Josh Maxwell, scored Harps’ second goal with a fantastic finish.

The second goal settled Harps and they began to move the ball with pace. The third goal came from Jamie McKinney regaining possession in midfield. His through ball found Maxwell wide. A first time cross was met by the oncoming, Jamie Harris, and his first time finish rattled the back of the net. The final goal came from Josh Maxwell. Jamie O’Donnell, at the heart of the Harps’ defence found the Oisín Lynch overlapping wide. Lynch’s delicate through ball found Maxwell, who heat two Longford defenders to finish to the roof of the net.

Harps’ U-15s head coach, Paul McBride, was quite pleased with his side’s first outing, “It was great to get our first match played. We’ve been looking forward to it and this morning’s snow had us worried of a possible postponement.  Overall, I along with the other coaches, were quite pleased with today’s outing and the result. There’s a lot of positives to take from it and I could see them growing into the game after a nervous start. Everyone got game time and they’re all buzzing in there. We’ve Sligo up next. We played them in pre-season and we know we need to improve to match them next Saturday.”

Harps’ U15s next game is away to Sligo Rovers next Saturday. The match will be played on the Showground’s astro with a 2pm kick-off.