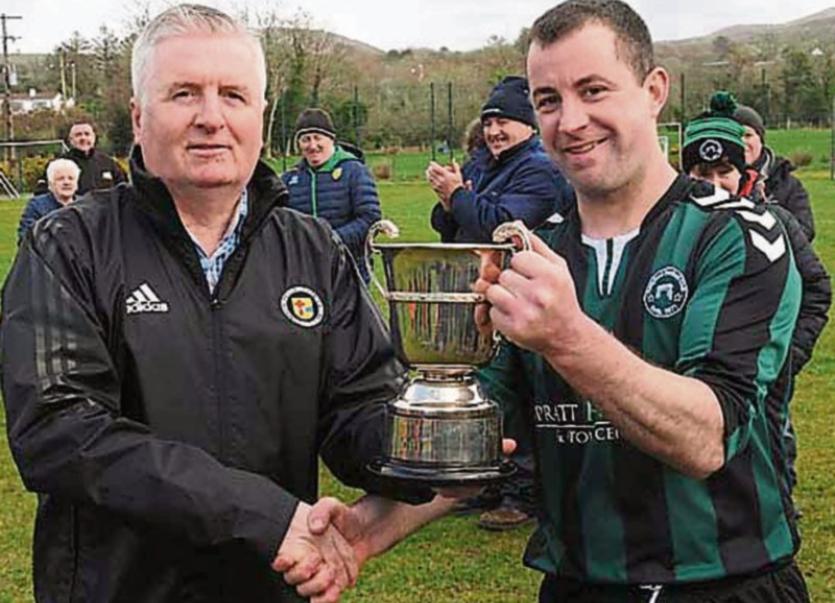 The battle in the Brian McCormick Sports Premier Division this Sunday is all about the relegation battle. The two bottom sides meet at Flagpole Park and Rathmullan will be fancied to win against bottom side St Catherines and officially send the Fishermen to the First Division.

Keadue Rovers can take advantage of being at home to ease away from the bottom against Kildrum while Glenea United host Donegal Town and both sides are looking for points with Glenea having the greater need.

There is a big game in the Temple Domestic Appliances Division One when second placed Cranford United host third placed Lifford Celtic. Lifford are five points behind but have two games in hand, but if Cranford can win at home on Sunday, they seemed assured of the second spot behind runaway leaders Bonagee. If this games ends in a draw then Bonagee United would be crowned Division One winners.

In the only other game, Drumkeen United will be hoping to defeat already doomed Lagan Harps to get away from the relegation battle.

In the Glencar Inn Saturday Division One, Strand Rovers can take a giant step towards league honours when they travel to Glenea United Reserves.

Second placed Glencar Celtic have no game this week. Donegal Town Reserves messed up last week and are now chasing, six points behind with a game in hand. They can stay connected if they defeat St Catherines Reserves.

The other game, Oldtown Celtic v Castlefin Celtic Reserves is a fixture to be fulfilled.

The other big game of the week is the second semi-final of the Brian McCormick Cup when Milford United from the Premier Division will be odds on to defeat Convoy Arsenal. Keadue Rovers are already in the final. The semi-final has been brought forward from Sunday to Saturday night under lights at Ballyare at 7.30