Kilmacrennan Celtic and Castlefinn Celtic hit with fines and bans 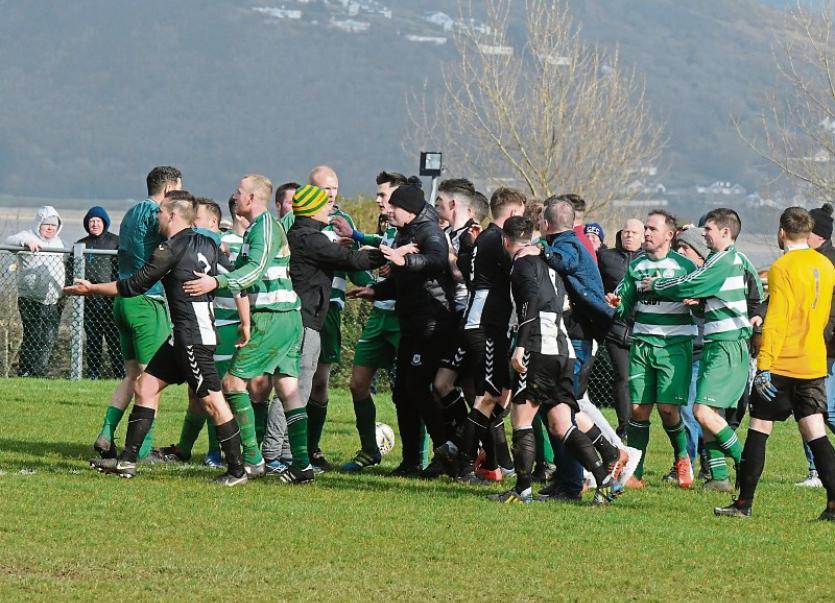 Kilmacrennan Celtic officials have been hit with lengthy bans and three of their club players have been suspended for a number of games.

The club along with Castlefinn Celtic have also been handed down monetary fines and warned as to their future conduct. One Castlefinn player has also been banned.

This follows the ugly melee at the end of their recent Donegal Junior League top of the table meeting in Flagpole Park, Rathmullen.

Twelve match bans have been imposed on two Kilmacrennan officials for their part in the ugly brawl involving players and officials from the two teams close to the end of the game.

The officials have not been named by the Donegal Junior League Disciplinary Committee who imposed the sentences.

Kilmacrennan have also been fined €250 and a fine of €75 has been imposed on Castlefinn.

Kilmacrennan players Daire McDaid, Kieran Gorman and Mark Friel along with Castlefinn’s Gary McNulty were shown red cards in the course of the game.

Kieran Gorman has been hit with a three match ban. Daire McDaid received a one match suspension and Mark Friel and Gary McNulty two match bans.

These are in addition to the automatic one match bans for a straight red card.

The Donegal Disciplinary committee dealt with the issue at their regular disciplinary meeting last Thursday night in the Mount Errigal Hotel.