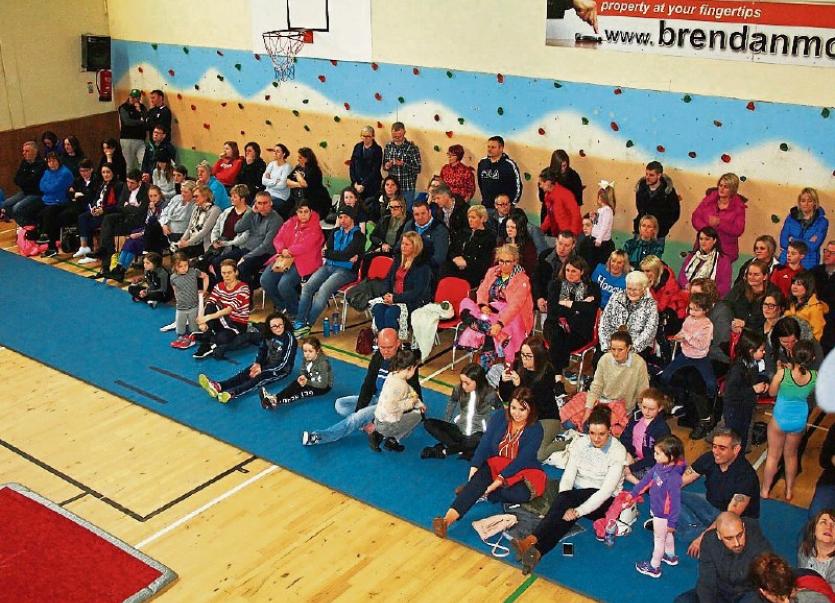 The Gymnastics county finals took place in the Letterkenny Community Centre last weekend. This popular event in the Games saw 165 children take part and the huge crowd was treated to a feast of entertainment over the two days by the young competitors.

All gold medal winners will now go foward to the National finals in Limerick on the 25/26th May.

Special guest Patrick Quinlivan, a former competitor of the Games and a winner of seven medals at the World Special Olympics, received a huge round of applause when he was introduced to assist with the presentation of medals.

The Art, handwriting and modelmaking finals takes place in the Mount Errigal Hotel this Sunday at 2pm. The U-14 quiz final will be held in Ballyshannon this Friday 12th April.

Well done to the Basketball and Indoor Soccer teams who contested the county finals last weekend. In the Basketball finals Ballyshannon U-13 boys and girls teams were winners with the Letterkenny girls and Glenswilly boys silver medal winners. In the Soccer U-10 final Cranford defeated Rosses 6-2.