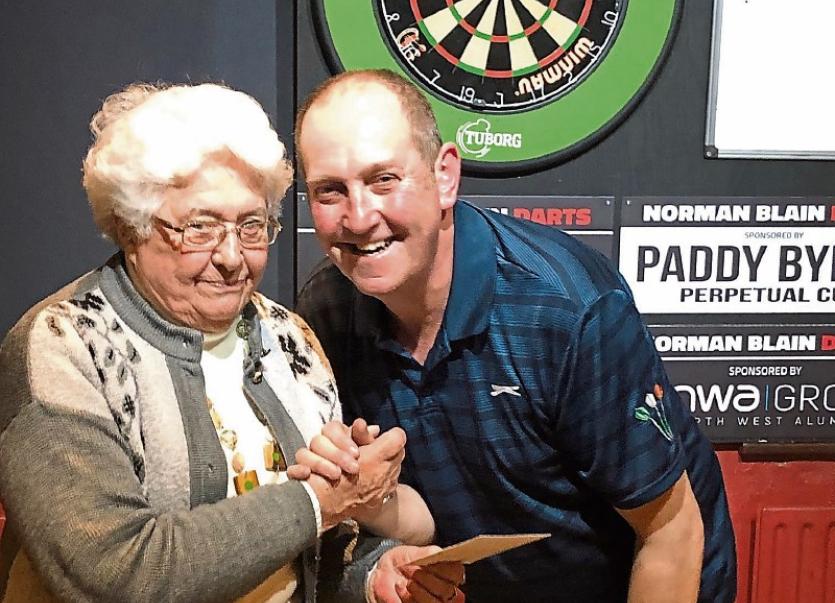 Saturday March 30 was the third year of the Norman Blain darts competition in the modern era. Once one of Ireland’s biggest one day darts competition throughout the 1980s and early 1990s it saw players come from all over Ireland and beyond to play in the Glenbay hotel for this prestigious cup.

Although the Glenbay is gone the venues in the modern era are Roartys Bar and John Eonions, both in the village of Glencolmcille, and it was here where 64 players descended upon, all hoping to get their hand on the cup and a share of the €1900 prize purse.

This year saw players travel long distances to take part and it was no distance further than the man that would lift the cup Liam Gallagher from Galway, after a fantastic final against last year’s winner from Quigleys Point Charlie Grant.

A hard fought final that had a major turning point in the fourth leg while Charlie missed double 8 to go 2 all, Liam took out a fantastic 144 finish to increase his lead to 3-1; he then went 4-1 up and there was no way back for Charlie after this.

Liam eventually took the final 6-2 to get his name on cup.

There was a Shield for first round losers and the winner of this was Jordan Boyce who defeated Alan Hegarty 3-2 in a match that went down to the wire.

The organisers would like to thank all the players, the venues and staff, all sponsors, markers and checkers and anyone that helped on the day. And hopefully see you all next year again.