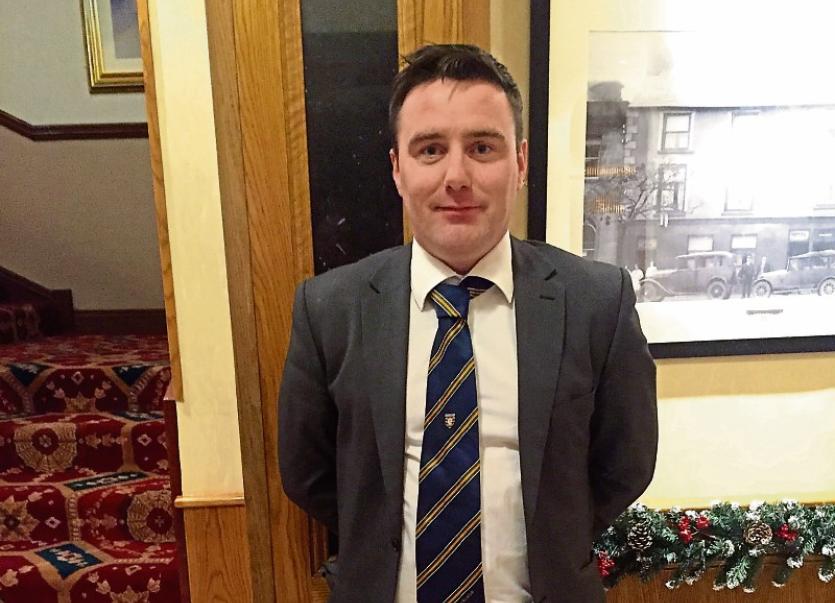 Some of Donegal’s towering U-16s could yet play a key part in Saturday week’s first round U-17 clash with Tyrone in Ballybofey.

Team manager Gary Duffy confirmed that Drew McKinney, Cian Rooney, Kyle Murray and Caolan McClintock are valuable additions to the minor squad and could have a role.

They were not able to feature for the U-17s but are now free to beef up Duffy’s squad as Donegal go in as firm underdogs against a Tyrone side that narrowly defeated them in the league and then went on to win that competition.

“Yes, we are looking at Drew McKinnery, Cian Rooney, Kyle Murray and Caolan McClintock who have all joined us in the U-17 panel recently.

“They will give us more options and depth and I have no doubt but they will add to the panel.

“They are big and strong at U-16, but they are exceptional footballers and if we get a run in this championship, they will have a part to play in it.

“It is great to have these kinds of options of players who are used to playing at a high standard.

“Our decision this year was to let all the U-16s play competitive football so they got plenty of football and that worked well.

“And the more games they play the better they will become”.

On his own side’s chances, Duffy does not agree that winning last year’s Buncrana Cup gives Donegal extra confidence.

“No, it is irrelevant as the gap between U-16 and U-17 is quite considerable.

“Most teams that have won the Buncrana Cup have not gone on and won minor titles and the records show that.

“But hopefully they can turn it around”.

Defeats to Tyrone and more surprisingly to Sligo have knocked Donegal back a bit in the fancied stakes.

So they really have nothing to lose going in against the recently crowned Ulster minor league champions.

“We will definitely need to be at our best if we are to beat them and they have been our sole focus for the past few weeks.”

But Donegal’s indifferent League campaign has lowered expectations somewhat and Duffy clearly accepts his side are “underdogs” for Saturday week.

“We are underdogs and that is something we will carry into this match and league champions are usually favourites.

“If we can perform to our ability we will be there or thereabouts.

“But there is very little between any of the sides in Ulster on any given day, but we will take it that we are underdogs”.

Duffy and Donegal had been plagued by a few injuries during the league, but these are gradually healing up.

“There are a few bruises to heal up as Eoin De Burca picked up another knock just after coming back.

“Dylan Doran had a knock too and Senan Rooney is absolutely fine now so we have a full bill of health now which is good.”

But despite Tyrone’s favourites' tag, this Donegal side has a strong spine and scoring potential up front on Johnny McGroddy, Rooney, Jamie Grant and Eric Carr.

“Yes we have a good spine and all the players are back now as some of them were involved with their colleges.

“But we had a few weeks break to prepare for Tyrone and we are looking forward to delivering a performance.”