GOALS GALORE IN GAMES THIS WEEK 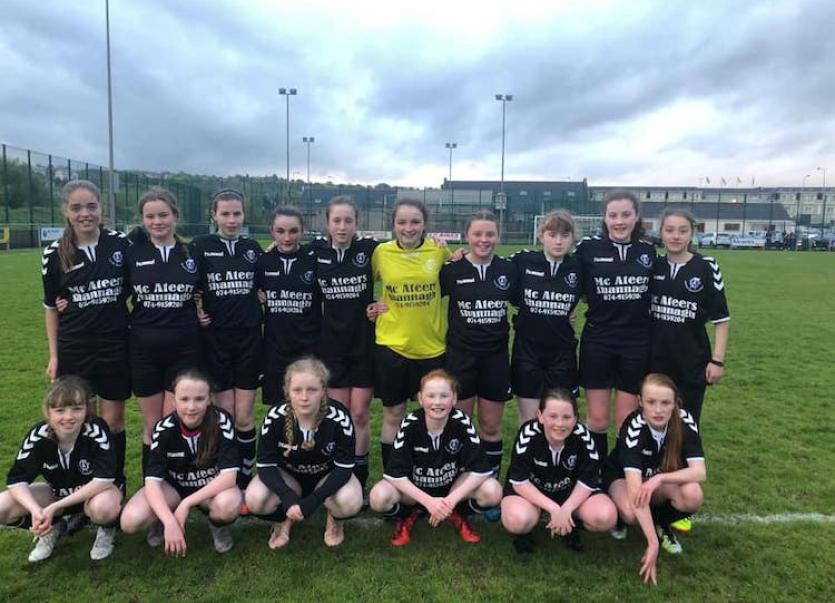 The Donegal Women’s Leagues are keenly-contested with plenty of goals across all the Divisions.

On Friday night, the leading sides were again to the fore in the Under-14 League. Here’s a roundup of all the action.

Kilmacrennan took the lead after 8 minutes through a strike from Aine Devlin.

However, the lead was short-lived, with Lagan hitting back almost immediately though Orla Doherty who netted her first of her two goals.

Lagan then took the lead through Erin Doherty from a corner kick and held this lead until half time.

After the break, Lagan were the first to strike again through Kelsey Coll to put them 3-1 up.

Kilmac had a few long range efforts with Tara McGettigan and Emma Price coming close, but never hitting the target.

Lagan wrapped up the points with a second goal from both Orla Doherty and Erin Doherty to cap a very good team performance.

Bonagee where the hosts to a Mulroy side who grabbed all three points on their travels.

Bonagee tried to get the ball down and play a bit but found it hard to get through the midfield. All square at half time and both teams ready to fight in the second half.

Mulroy came out the hungrier in the second half and grabbed the goals they needed to secure the win.

Meghan McLoughlin came down the wing and played the ball into the middle for Aoife Carr to find the back of the net.

Shortly after this McLoughlin scored a great goal from distance.

Bonagee worked tireslessy through Hannah Hopkins and Andrea Cutliffe on the wings, putting in some great balls but just weren't met at the right time.

Mulroy wrapped up the game with their third of the night through Clodagh Herron..

Ella McHugh hit FOUR goals as Raphoe Town got the better of Finn Valley on Friday night at the Finn Valley Centre.

Raphoe showed their intent from the kick off and after 15 minutes were a goal to the good after Claire Diver in the Valley goal kept the away side out from several chances.

McHugh scored the first of the night when Abigail Temple Asokuh sent her away with a great pass while Amy Quigley’s fine cross from a corner was finished off by Alicia McCullagh to make it 2-0.

In the second half, Valley began to string a few passes together and were pushing the Raphoe defence.

With McHugh – daughter of Finn Harps legend Kevin – hitting four, it was to be their night, but Finn Valley gave their all to the final whistle.

Valley team can take heart from their individual improvement with their development.

Gweedore Celtic welcomed Illistrin to the Screaban on Friday evening for their first home game of the season.

Illistrin, with the aid of a strong breeze, took full advantage and led 3-0 at halftime with two goals from Ciara Molloy and the third from Erica Gallagher.

The visitors added two more goals with Erica Gallagher converting a penalty for her second of the night  and Aobha Hannigan scoring Illistrin's fifth.

Gweedore Celtic ladies never gave up the fight and kept battling and through their determination they found the back of the net when Maeve Boyle struck well from a great through ball from Sheila Ferry.