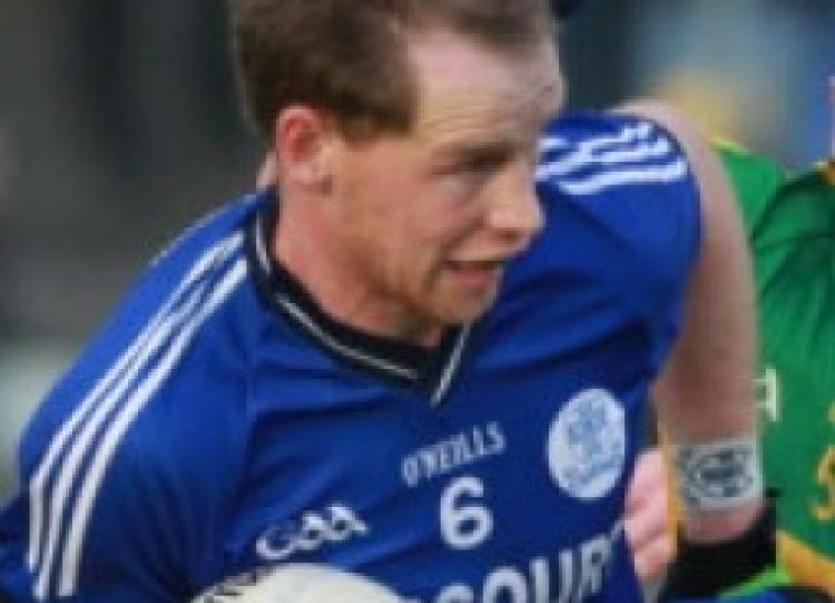 The visitors never looked to be in any danger and dominated the first half. They had notched up 1-1 within five minutes thanks to the efforts of Charles McGuinness.
Cloughaneely worked hard to regain ground with Ciaran McGeady producing some great runs to supply the forward line of Cillian Gallagher and John Fitzgerald who managed to knock over two points each in the first half.
Cloughaneely missed the presence of Jason McGee around midfield and struggled with the breaking ball on occasion. Cloughaneely were hit with another blow in the 16th minute when an Anthony Thompson free hit the post with Charles McGuinness winning the rebound and off loading to Nathan Byrne who found the back of the net.
Naomh Conaill were quick to follow this up with their third first half goal; Paul McGuinness sent a long ball in to Kieran Gallagher who found himself one-on-one with the keeper and neatly pocketed the ball.
Further points from Gallagher and Eunan Doherty before the end of the half left an 11 point margin between the sides for part two.
Cloughaneely had a great goal opportunity to start the second half when a Martin Maguire free fell in front of the goalmouth but Naomh Conaill defended well to clear it. Naomh Conaill showed no indications of slowing down as they netted yet another goal; this time from Kevin McGettigan, who was brilliantly supplied again by Paul McGuinness.
Cloughaneely’s second half substitutes of Shaun McGarvey (for Míchael McHugh) and Kevin Mulhern (for Martin Maguire) made a good impact to the team. Cloughaneely managed to hold the visitors scoreless for a period of 20 minutes as McGarvey, Fitzgerald and Mulhern contributed seven points unanswered.
Despite their best efforts it was difficult for the home side to recover from the goal rush and Naomh Conaill walked away worthy winners on the day.