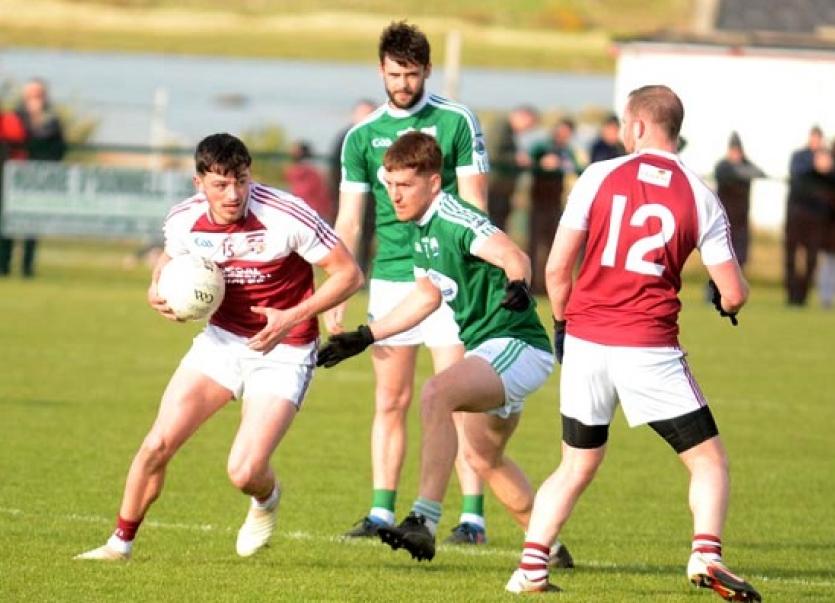 Cometh the hour, cometh Odhrán Mac Niallais was very much the story as Gaoth Dobhair overcame a game An Tearmainn in the second of the senior Comórtas Peile Na Gaeltachta semi-finals.

MacNiallais, who has  opted out of the county squad, kicked six of Gaoth Dobhair’s last seven points as they finally shook off a determined An Tearmainn, who gave as good as the got for most of this highly exciting encounter.

It took Gaoth Dobhair 23 minutes to raise their first flag on 23 minutes when team captain Niall Friel sliced through the Termon rearguard after taking a precision pass from Cian Mulligan to hammer to the roof of Michael Boyle’s net.

That was after An Teamainn, who entered the game as the underdogs, had got off to a lightning start with a goal and two points in the opening 11 minutes.

Daire McDaid converted two close-in frees inside the opening 11 minutes before Aiden Sweeney set up Ricky Gallagher for a super An Tearmainn goal.

That was on 11 minutes and Enda McCormack made it a six point game before Friel finally got the locals up and running.

Gaoth Dobhair kicked the next four scores with two each from the impressive Ethan Harkin and Eamonn Collum to lead 1-4 to 1-3 with five minutes left in the half.

Daire McDaid  tied up the contest with his third point of the half before Harkin and Column rounded of the half with two fine points for a two point Gaoth Dobhair advantage at half-time.

Daire McDaid and Aidan Sweeney kicked two quick points on the resumption to tie up the game on 1-6  each.

The goal opened up a 2-8 to 1-8 Gaoth Dobhair lead before the elegant Mac Niallais clicked into action with six of the best for the locals, three from play and three from frees. Conor Boyle scored Gaoth Dobhair’s other point before Daire McDaid, who scored 1-4, brought down the curtain on the scoring.