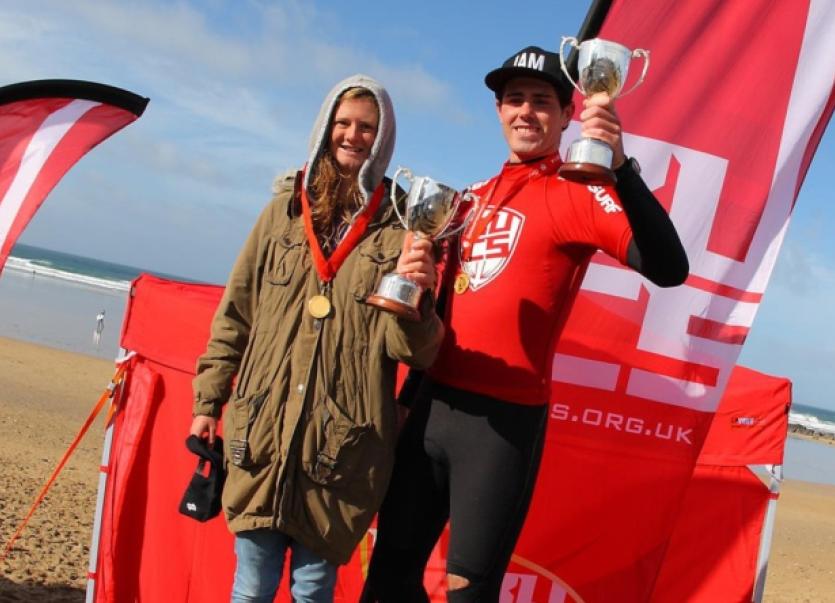 Iarom was representing University College London and fought off stiff competition from some of the UK’s best young surfers to win gold in his first appearance in the event.

Having grown up surfing the reefs and beaches of Bundoran he transferred his skills to Fistral Beach in Newquay, Cornwall last weekend in one of the Europe’s biggest surf contests.

Speaking after the event he said it was the fitness work he did while being landlocked in London that helped him through the tough event.

Speaking about his win he said: “I caught a good wave straight off but it washed me the whole way down the beach and I honestly didn’t think I was going to be able to get back out to get another score. I pushed through the rip as hard as I could and luckily I caught a few right handers and managed to surf my way back.

“This is a really cool event, it’s got a great atmosphere everyone’s really chilled out and it’s a lot of fun. I live in London now so I only get to surf every few months but I put in loads of training over the last few weeks, I did as much as I could out of the water and came down here a few days early and luckily the hard work has paid off,” he said.

British Universities & Colleges Sport (BUCS) Surf champs are the largest surfing competition in Europe and one of the largest in the world every year hosting approximately 350 student surfers who vary in ability from novice to pro.

He was the second Bundoran winner at the prestigious championship, joining Shauna Ward, who won the women’s event in 2007.