Injury problems for Donegal ahead of Christy Ring opener

Declan Coulter is ruled out of this weekend's opening game 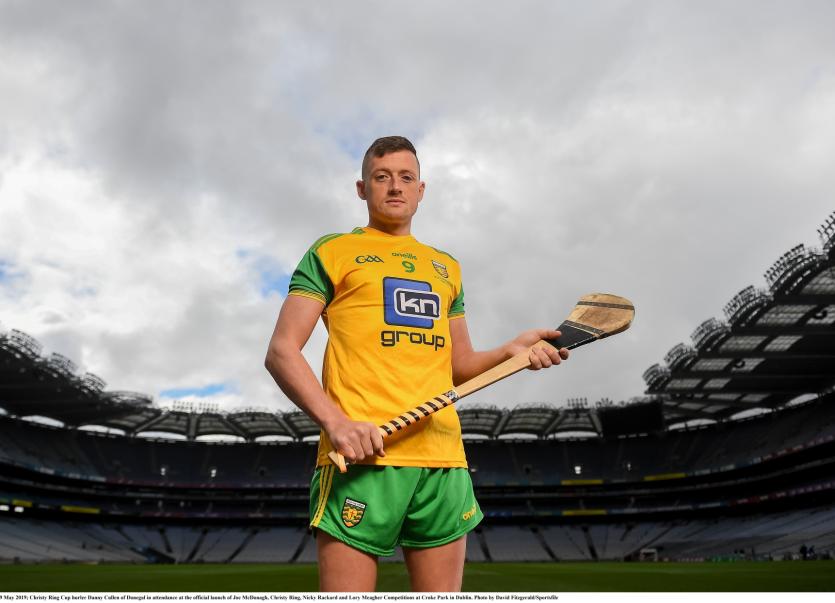 Donegal have been dealt a body blow ahead of the start of the Christy Ring Hurling Championship with star forward Declan Coulter ruled out through injury.
The Nicky Rackard All-Star and former Armagh player is set to miss Sunday’s Christy Ring first round tie with Wicklow in O’Donnell Park with an ankle injury picked up in training in recent weeks. (Throw-in 1pm)
“Declan is definitely out of Sunday’s game and after that we aren’t too sure,” said Donegal manager Mickey McCann.
“He injured his ankle last week in training and it is still swollen so it is not looking good. It is a huge blow and certainly one we could have done without heading into our first Christy Ring Championship.”

The former Armagh player missed three of Donegal’s five games in Division 2B of the Allianz hurling league but still was Donegal second highest scorer with 19 points and is one of the county’s top forwards.
And his absence from the attack is a huge blow to Donegal who are also without Davin Flynn and Bernard Lafferty - both opted out of the squad - Kevin Campbell and Enda McDermott, retired from last year’s Nicky Rackard Cup Championship winning team.
“With Declan now out we will probably have only two of the forward line that started last year’s Nicky Rackard final against Warwickshire.
“It is very much a team in transition but despite that the lads are looking forward to the game and the challenge we face from teams like Wicklow, Derry and Down, the three teams in our group.
“For us it is all about retaining our place in the Christy Ring Championship and gaining experience of playing at the higher level.”
Donegal’s opponents on Sunday, Wicklow, topped the Division 2B League table at the end of this season’s league and defeated Derry in the 2B final to clinch promotion to Division 2A.
Derry finished second in the league table and Down, Donegal’s other opponents, finished in fourth place in the Division 2B table and four points better off than Donegal. LOST PLAY-OFF
Donegal subsequently lost to Warwickshire in a play-off and were relegated at the end of the league back at the beginning of March.
“It was disappointing to be relegated and it has been a long wait since the end of the league to the start of the championship in nine weeks.”
Donegal played Armagh, Tyrone and Monaghan in challenge games in March. They did not play in April due to the new April rule where players’ commitment is to the club.
But they have been back training in recent weeks and the manager feels there is a good vibe about the game.
“It has been a long break after a couple of challenge games in March, the players spent April with the clubs and they have been back training collectively since the beginning of the month and there is a good mood in the squad and everybody is looking forward to playing at the higher level.”
This is especially true of the older and more experienced players like Danny Cullen, Joe Boyle and Sean McVeigh who are looking forward to playing at the higher level and testing themselves against better quality opposition.
Donegal have met Wicklow once already this season. That was in the league back in February and Wicklow won by five points, 2-14 to 0-15 and Donegal were also without Declan Coulter that day too in O’Donnell Park.