THE BREAKING BALL: The GAA official guide needs an overhaul

The GAA is a huge business now but can it be sustained? 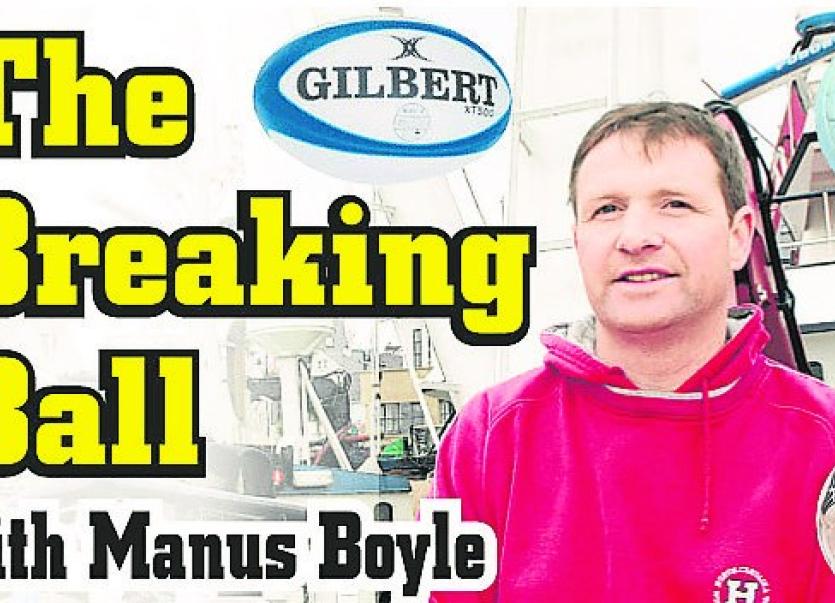 Ever since the Naomh Colmcille saga started it has raised the debate whether the rules that govern the GAA are relevant in 2019. When most of the rules came into operation, Ireland was a completely different country. So much has changed in the last 20 years, never mind since when the GAA was founded in 1884.
Now the GAA is huge business, with millions being raised on the back of our games, huge sponsorship deals with some of the biggest companies in Ireland and Europe, television deals with the RTE and Sky Sports and other commercial contracts that make theGAA the envy of other sporting organisations within this little country.

As an amateur organisation they have spent hundreds of millions of euro developing stadiums, centres of excellence that professional sports teams could only dream about. The hurling and football championships have, up until the last few years, drawn huge crowds and the interest in our games is at an all time high, or is it?
Many have questioned over the last few years exactly what direction the GAA are going in. The ongoing argument about county players only being available for their clubs for short periods of the year, the congestion of fixtures and of course the continuous meddling with the playing rules.
There are constant calls for changes to the structures of the championship, even last weekend RTE pundit, ex-Mayo player and Roscommon manager, Kevin McStay, called for a change to the provincial championship calling them outdated and badly in need of change.
He has a point. Dublin have dominated Leinster for the last decade, Kerry are far too strong in Munster and Galway and Mayo seem to share the Connacht championship every few years.
In Ulster, which for years was probably the best contested provincial championship, Tyrone have dominated but for the few years that Donegal and Monaghan have managed to interrupt that dominance, the argument for many is the crowds have stopped going. In the last number of years the crowds attending the football championships have fallen dramatically, hurling has sustained itself but only just.
Calls for a second tier championship have being going on for a good few years but because of the dominance of Dublin for the last four years the calls are getting louder for a secondary competition and although many of the so called weaker counties are not in favour, the enticement of further financial rewards will be what changes the minds of county boards. Whether or not supporters will follow, only time will tell.
Another huge change has been the influence of the players' union on the way the GAA is run. Even though they have not given them a seat at Congress the players wield a great deal of power on the direction the GAA are going. And they should. They are the ones putting their bodies on the line, their lives on hold without anything in return. When you consider the make up of many county management teams and the backroom management teams that exist with many being paid, it’s no wonder that players are demanding their say.
While the GAA might suggest that they can find no evidence of any payments that contravene the amateur status, it’s long suspected that this is being overlooked because if it came out that those in management were officially being paid huge sums, the players may get ideas and want their bit of the pie.

Then we have the Club Players' Association that was only set up three years ago. Their goal has been to give club players a say within the Association; so far they have been restricted by those in power to get anything done, unable even to make a presentation at National Congress which has seen many club players question the democracy within the GAA.
Even though over 20,000 players signed up to join the CPA, the club playerS still find themselves in a worsE situation with games being played when it suits the inter-county calendar and then having to wait until the Sam Maguire or the Liam McCarthy cups are handed out before they can start their championship campaigns. The summer has long gone and they are still training. Just for those who might not be aware of how long club players train, they start at the end of January and will not finish until their championship is done; it could be ten months.
How long do people think players will commit to that sort of commitment and how many young lads will be enticed by the same?
And of course the fastest growing sport in Ireland is ladies Gaelic football. It will not take long before the ladies board will want a bigger say to what direction the Association are going. So do we need to take a look at the official guide and the way we handle our affairs especially around the likes of other sports, payments to managers, coaches, club fixtures, inter-county players and whether we can still ask people to believe that the GAA is a community or club based cultural sporting organisation or is it another commercial sporting organisation?