READ THE REID: Dubs are still the team to beat

Championship is underway - but who can stop the champions? 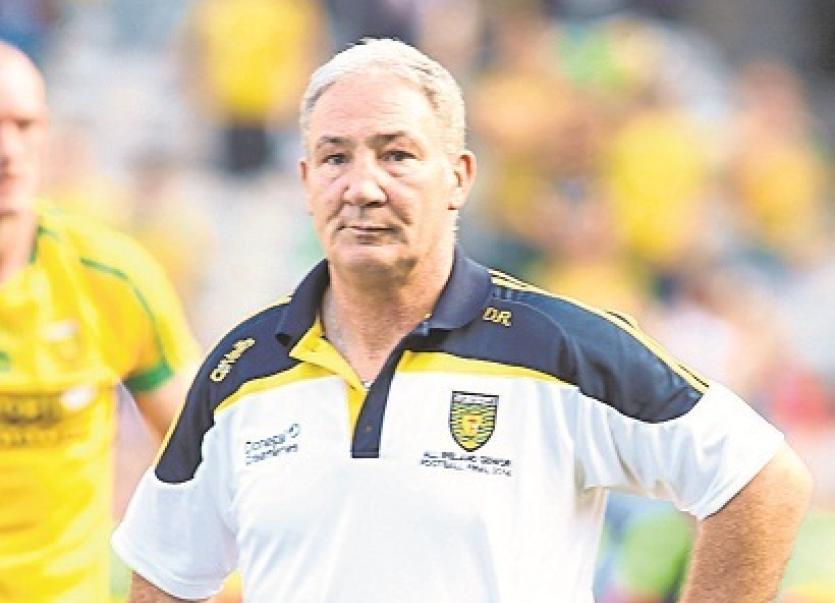 The 132nd All-Ireland Football Championship is up and running. Mayo and Galway played New York and London respectively last weekend in away ties which saw the former win easily and the latter no so easily.
Wicklow, Kildare, Roscommon, Leitrim, Wexford, Louth, Meath and Offaly are all playing this weekend. However our main focus will be the Tyrone and Derry clash which will take on Sunday in Omagh. The O’Neill County are the first Ulster ‘big hitter’ in action and all eyes will be on their performance as they are perceived to be favourites to win the provincial championship and even push for All-Ireland success.
With the runners in the starting gates and the riders mounted, it’s time to take a look at the main contenders for honours this season. We all like an underdog or a dark horse to come through and I feel that our own county could prove just to be one of these.
Historically, Ulster has always been the most difficult province to win. This year, it won’t be any different. The top three teams in recent times have been Donegal, Monaghan and Tyrone. Down, Armagh and Derry have improved slightly with Fermanagh doing exceptionally well. Cavan seem to be on a downward spiral again having been relegated from Division 1 of the National League this year. Antrim will once again be rank outsiders.

I don’t really expect any shocks because the top three have moved some distance away from the rest in recent times. Although Derry became Division 4 League champions on March 30th this year, they are not operating even near the same level as their preliminary round opponents Tyrone. Although Derry will be boosted by their success this year, the fact that Tyrone have home advantage makes their task all that more difficult.
Preliminary and first round games are really about getting results and there is less emphasis on performance. With global warming about to kick in anytime, the ground becomes firmer and the air thinner making the ball move much quicker. Also, there is a definite increase in the pace and fitness of the players when championship begins. This is what all the training and hard work has been geared towards. It takes a game or two for players to adapt to these sharper conditions.
I have every confidence that Tyrone will win easily and go on to play Antrim on Saturday May 25th. The winners of this game will play either Fermanagh or Donegal who face other the next day in Enniskillen.
According to my wife Maura, who still doesn’t know how many players are on a team, reckons that Tyrone and Donegal will contest the Ulster semi-final on Saturday June 8th. We may disagree on many things but I would have to admit that she’s on to a winner here. She further adds that whoever wins this game will play Monaghan in the Ulster final on Sunday June 23rd. Again, I would have to concur. She should be writing this column and not me!
Yes, Monaghan will play in the other side of the draw with Cavan, Down and Armagh. Their toughest game in the lead up to the final will be their first-round tie against neighbours Cavan. The latter have home advantage which will give added spice to the game. Still, Monaghan’s experience and possessing a more talented team should prevail. After that, they will play either Armagh or Down. I believe that Armagh will come through here because of that edge that they bring to the game. They had a mixed league campaign but, on the day, they can mix it with the best in Ulster. Unfortunately, brawn and bravado are not sufficient for championship fayre. Currently, they lacked the technical guile which made them such a prominent force in bye gone days.
For Donegal, the return of Patrick McBrearty is a massive boost. Although, young Oisin Gallen has been the find of the season for us, it would be unfair to put too much pressure on this young lad’s shoulders just yet. With Michael Murphy, McBrearty and young ‘Farah’ Gallen up front, Donegal have the capacity to do a lot of harm against any team. It’s unfortunate that Oisin is currently injured but hopefully he’ll be back in action soon.
Rory Gallagher’s Fermanagh will give Donegal a great test on May 26th which should knock off any cobwebs that would have gather on our lads since winning the Division 2 title earlier this year. Although Fermanagh have performed heroically in recent times, Donegal will prove too strong for the Ernesiders.
Elsewhere in the country, I expect Dublin and Kerry to win their respective provincial titles while Mayo and Galway will battle it out for Connacht glory. Though Mayo did win the Division 1 National League title and that Dublin didn’t means little. I feel that the men from the capital will come back stronger than ever and claim their 5th successive All-Ireland title. I feel that there will be a sting in their tails come the business end of the championship. Dublin are still the team to beat regardless of the season past. It’s up to the rest to match them. Still, that ‘s a long time away yet. In the meantime, let’s enjoy the championship and most of all, keep the faith!