Strand's double hopes come to an end at Ballyare 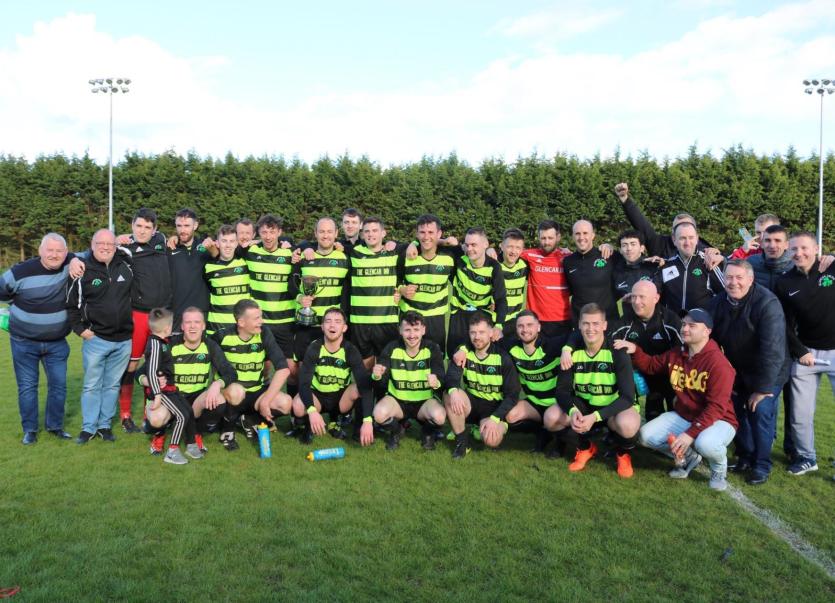 Strand may have clinched the Saturday League title in style, but they succumbed to Glencar side who had that bit more craft and creativity in this cup decider.

For Glencar it was a perfect way to round off their season. They finished well off the pace in the race for league honours, but they showed in Saturday evening’s final that they have plenty of quality in their side.

Graham Cullen scored the all-important third goal early in the second half to help Glencar on their way. And while Cullen was excellent in midfield, Eamon Dunne’s team was also well served by Kevin Rafferty at centre half, Rory Gallagher at left back, Garvan Grieve in midfield and Paddy Collins wide left. Collins had a fine game, scoring one and setting up another goal while Conor Gibbons proved a real handful with his pacy runs and quality deliveries.

Strand actually started the brighter and they were in front nine minutes in when Conor Greene cracked home the opener after Glencar failed to deal with a set-piece.

But within six minutes, Glencar were back level when Collins’ looping header sailed into the net when the Strand defence struggled to clear a long-throw.

On a beautiful evening at Donegal League headquarters, the first half was very open and both sides created plenty of chances.

Marty Brogan wasn’t far away from scoring a second for Glencar and James McCole’s delivery from the right for Strand was headed into the side-netting by Greene.

But Glencar went in front ten minutes before half time. Again, Strand were guilty of some slack defending following another set-piece - this time Garvan Grieve’s cross was brilliantly headed in by Liam Doherty

Strand almost got back on level terms within an instant but Matthew O’Donnell’s shot drifted just wide of the target.

As the game moved into the second half, the next goal was always going to be vital. Significantly it was Glencar who struck again, Cullen finishing to the net on 51 minutes after a fantastic run and pass from Collins.

Glencar made changes and pulled an extra man back into midfield as they looked to stem whatever Strand threw their way.

And with Rafferty and Mark Graham solid at the back, the Letterkenny side never looked in any danger.

Credit to Strand, they played their part in a decent game and in young defender Darren O’Donnell, Matthew O’Donnell, Dylan Boyle and Daniel Ward, they had some fine performers.

But it was Glencar’s day meaning that Strand’s hopes of a league and cup double were dashed on the final day.