Donegal gear up for Fermanagh with training camp

Injury concerns for Declan Bonner's side ahead of May 26 game 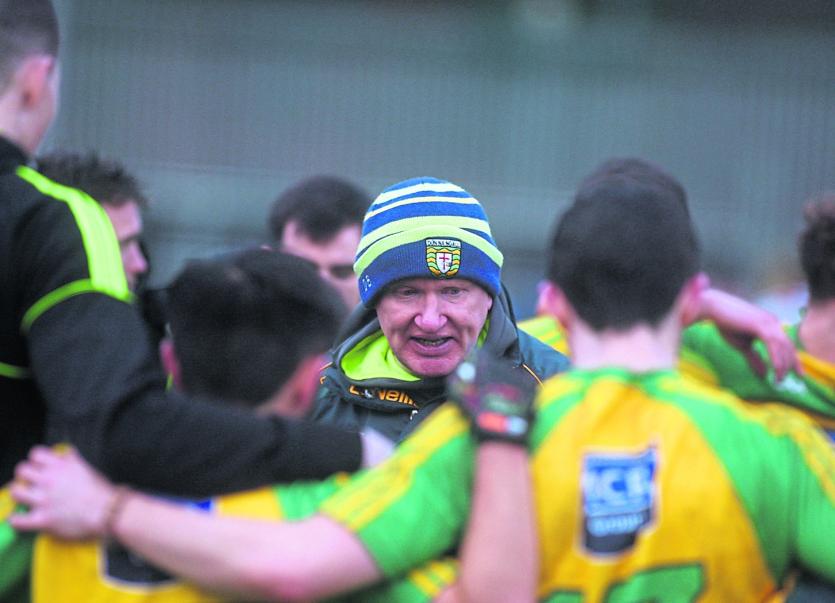 Donegal stepped up their preparations for Sunday week's Ulster Championship quarter-final clash with Fermanagh, with their annual pre-championship training camp at the end of last week.
The three-day camp from Thursday to Saturday was at an unknown location believed to be out of the county and it understood the camp went well as Declan Bonner fine-tunes his squad for the big showdown with the Ernesiders.
Oisin Gallen is believed to be Donegal’s only injury concern. The young Sean MacCumhaills player picked up a shoulder injury in a club game two weeks ago and initial reports suggested he was out for up to eight weeks. He was due to see a specialist in Dublin last week.
Buncrana’s Caolan McGonagle is thought to be the only other concern after sitting out a recent club game with a knee injury picked up in training.
The Fermanagh game takes place at Brewster Park on Sunday, May 26 and is a repeat of last year’s Ulster final.
The curtain-raiser ahead of thatUlster quarter-final will be the meeting of Donegal and Tyrone in the Philly McGuinness Cup U-20 League.
Donegal were due to play Tyrone the day before in Ballybofey but they conceded home advantage for the game and it is now fixed for Brewster Park.
Meanwhile Donegal Minors have a quick turnaround following Saturday night’s impressive Ulster qualifier win over Armagh.
Gary Duffy’s team will play Cavan in the next round in Breffni Park on Sunday evening.