Finn Harps are back in action this Friday night

Waterford game marks start of another busy run of matches 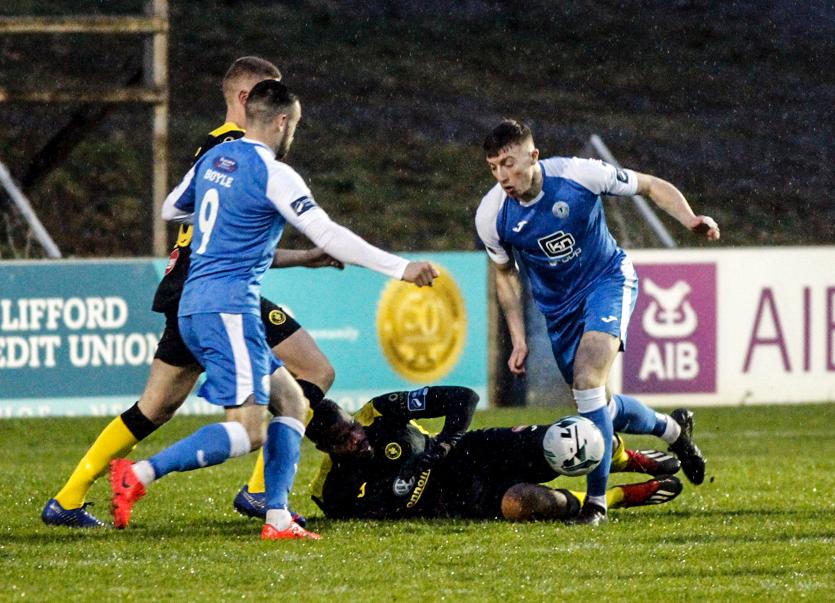 Finn Harps return to action this Friday night when they host Waterford FC in the SSE Airtricity Premier Division.
Ollie Horgan's side had no game at the weekend, but were able to look on as relegation rivals UCD lost their game in hand, 2-0 at Cork City.
It means that Harps could actually move off the bottom of the Premier Division should they beat Waterford and UCD lost their game at home to Shamrock Rovers.
Friday night's game marks the start of another busy run of games for the Donegal club. They are at home to Shamrock Rovers on Monday night and the following weekend, play Derry City twice in four days, in the league and League Cup.
Harps midfielder Mark Coyle will sit out this week's game against Waterford after being hit with a one-game ban for reaching five yellow cards.
Meanwhile Raphoe’s David Shovlin was part of the Avondale United team which won the FAI Intermediate Cup at the Aviva on Sunday. Three years ago David was on the Letterkenny Rovers team beaten in the final by Crumlin Utd.