Fantastic treble for Dylan Browne McMonagle on trip To Tipp

Next racing on Sunday week at Porthall, Lifford 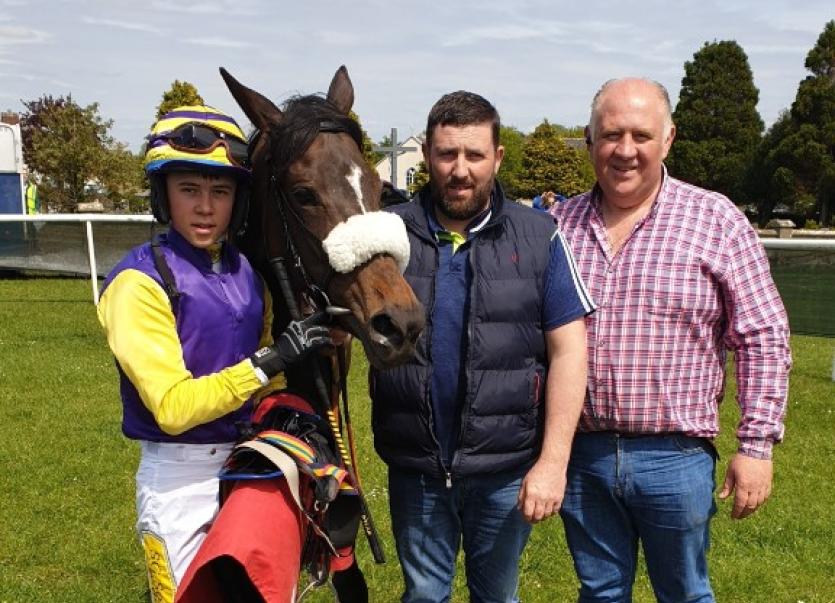 Dylan Browne McMonagle made the long round trip to Co. Tipperary on Sunday last and it was another fruitful journey as the 16 year old Letterkenny jockey landed a treble at a sundrenched Kilbarron.
The teenager's first win came in the 143 cm race when he gave Unhinged a pretty cool and statuesque ride when winning with any amount in hand accounting for Willy No Legs and Bushfire.
But the National Champion Jockey had to get pretty animated aboard the prolific Five Stone Of Lead in the 148cm to get the better of Susie Q and Waratah in a grandstand finish.
Dylan's Treble came in the 12 furlongs Open when he gave Let It Go a very patient ride from the rear of the field and he delivered him with a perfectly timed challenge a furlong out to beat off Non Positive and Movina's Boy.
Another Letterkenny rider Brandon Wilkie took an unfortunate tumble in the 138cm aboard Little Spirit while disputing the lead two furlongs out but did get to his feet unscathed.
Racing again in the north west takes place again on Sunday, May 26 at Porthall, Lifford commencing at 2.30pm.