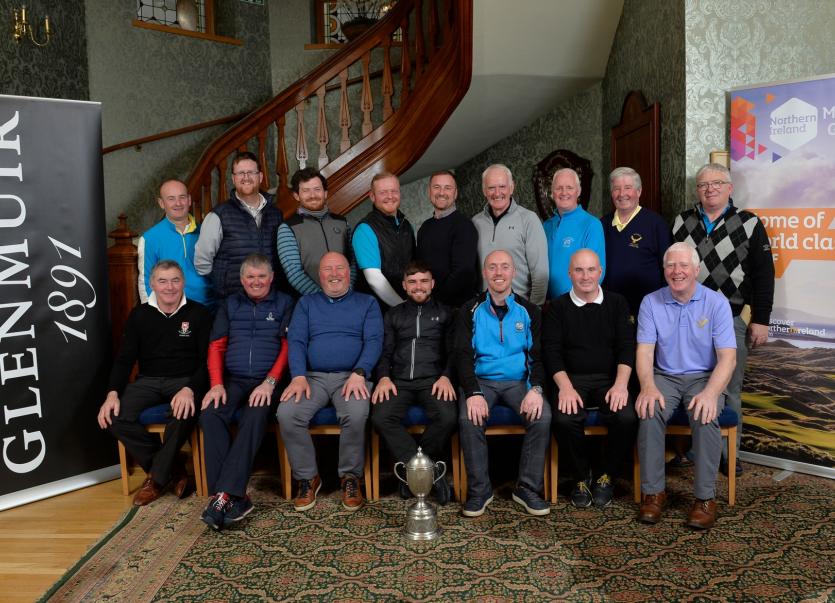 Four Donegal golfers have been selected on an Ireland team that will travel to play against their US counterparts at the prestigious Bay Hill Club & Lodge next week.
The four players, Ciaran O’Kane and Jim Harley from Narin & Portnoo Golf Club and Martin Peters and Dara Murphy from Donegal Golf Club have made it onto Team Ireland after coming through a national qualifier played at Malone Golf Club.
Team Ireland will compete against Team USA at the 4th annual International King’s Cup to be held at Arnold Palmer’s Bay Hill Club & Lodge, May 22-24.
The competition will see the best amateur pairs teams from both sides of the Atlantic battle it out for one of the most prestigious trophies in amateur golf.

The event is structured like the Ryder Cup and was created in 2016 when the United States Golf Challenge, the largest pairs better-ball tournament brought their leading 8 pairs - 16-man amateur team across to Northern Ireland to compete against Ireland in the first ever International Kings Cup.
The make-up of Team Ireland was announced this week and Ireland’s 16 man team will travel to Orlando, Florida to take on Team USA at Arnold Palmer’s Bay Hill Club and Lodge for three days of tournament golf.
For the past three years Team Ireland has been victorious and Team USA will be keen to play on home soil with a win in their sights to take hold of the International King’s Cup.

Record-breaking
European Director of Operations Lynn Mc Cool said: “We had record-breaking entries for the provincial qualifiers and the weather was great at each of the four venues.
“This year the interest has been amazing, More and more club golfers are becoming familiar with the event and the atmosphere at Malone Golf Club was exciting as golfers watched the leader board in the clubhouse to see who made it on to Team Ireland.
“ With the event played in honour of Mr Palmer I’m so excited that Team Ireland will get to experience Arnold Palmer’s Bay Hill Club and Lodge. It will be a special event played at a special place. For the first time the event will have TV coverage and broadcast to 6 million homes in the USA and 11 million homes in the UK. The event is growing and soon there will be the addition of more participating countries. The format is pairs and the event is unique in that it has four handicap categories and two different age brackets - Open age and 55 plus. It is an event for every level of golfer’
Ciaran O’Kane and Jim Harley will play in the Seniors 55 Category while Martin Peters and Dara Murphy are in the Open Age category.