Bonagee boss Jason Gibson hoping for a repeat of 2013 win 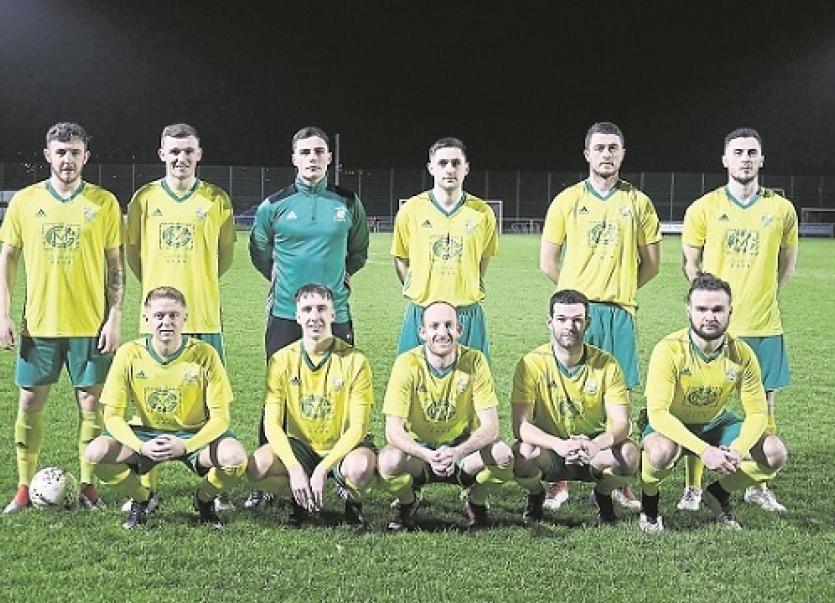 Six years after his Swilly Rovers side defeated Glengad United in the final of the Knockalla Caravans Cup in 2013, Jason Gibson finds himself facing Glengad again tomorrow night in the 2019 final.
These days, Gibson holds the managerial reins at Bonagee United and the Ulster Senior League men are hoping to round off their season with a cup final win.
To achieve that, they must get the better of a Glengad side who have enjoyed another magnificant season at junior level.
Gibson watched Glengad come through their semi-final meeting with Kildrum Tigers last weekend and he knows they will present a very stiff challenge.
“When you think about the big games they've already played in this season, they will be well prepared for this final,” he said.
“They're a fine side with plenty of experience so it should be a good game.” Bonagee's run to the cup final has seen them come up against some quality teams.
As Gibson points out, the competition is for sides from the Ulster Senior League, Inishowen League and Donegal League and so far Bonagee have beaten two league champions along the way in Greencastle FC and Cockhill Celtic, and a Castlefinn Celtic team who could win the Donegal League this weekend.
Bonagee have doubts over three of their players for tomorrow night's game, all because of ankle injuries.
Christ Breen, Michael Funston and leading scorer Garbhan Grant all have injury complaints.
“Hopefully we'll get all three strapped up and they'll be okay for Friday night,” Gibson said.
“The funny thing is, all three have similiar injuries. Michael Funston hasn't played since getting hurt in the semi-final, but fingers crossed, they'll be good to go.”
Bonagee finished an impressive third in the Ulster Senior League in what is Gibson’s first season in charge at Dry Arch Park.
“It's been a good year, but it would be nice to end with a cup final victory,” the manager said.
Friday night's cup final will be played at Maginn Park in Buncrana with kick- off at 7.30pm.