Jumping for joy at Winter League in Deane/s 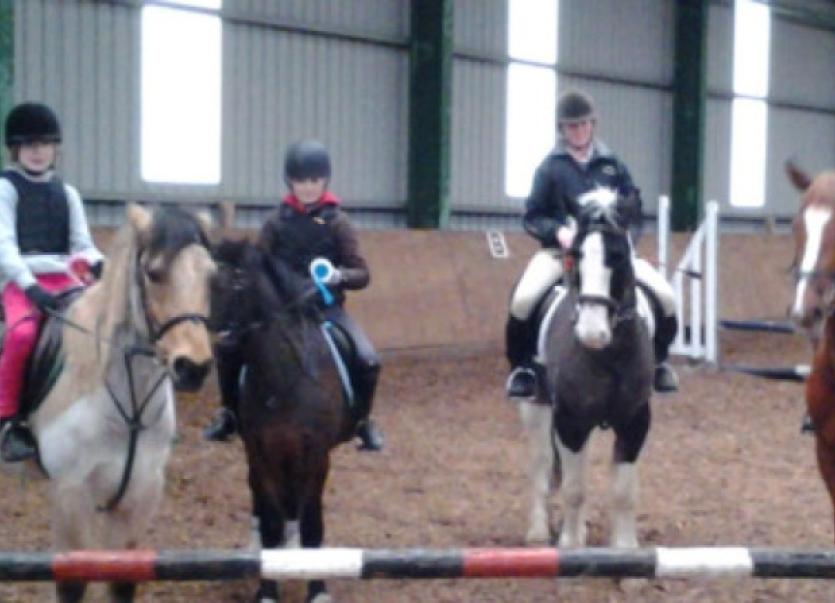 Despite the doom and gloom forecast by the weather men just the usual wind and rain appeared and Bruckless was fairly dry and not to windy!

Despite the doom and gloom forecast by the weather men just the usual wind and rain appeared and Bruckless was fairly dry and not to windy!

There was a good enough turnout for day one of Deanes Equestrian Centre’s Winter League 2014 and there were some new faces in the crowd who made the journey up from Ballyshannon and as far as Burtonport.

Tommy Slater and Shambo riding in the 50cm Class put on a faultless display to pick up one of the clear rounds. Katie Long and Siofra Hughes were unlucky to pick up faults just at the end of their rounds.

In the 60cm Class it was the old reliables of Hannah Marie Slater on Ronin and Louise Burke on Brady Buster picking up the clear rounds and they were joined by a new rider to the competition Chloe Mullin on Benson.

Damaris Scott and Nuala O’Donnell got the 70cm Class off to a flying start with two fantastic clear rounds. However the rest of the riders were not to be out done and we had some more great displays of jumping most noteable was Tierney Gallagher on her pony Chocolate Chip Dream.

Lucy Stewart on Dedo and Charlie Vial on Nacho picked up double clears in the 70 and 80cm class and the 80 and 90cm class respectively.

The league runs each Sunday till final on 23rd Feb. Same Horse and same rider must compete in 4 out of the first 7 Competition Days to qualify for the Final. On the final day riders will compete for each Class 1st, 2nd, 3rd