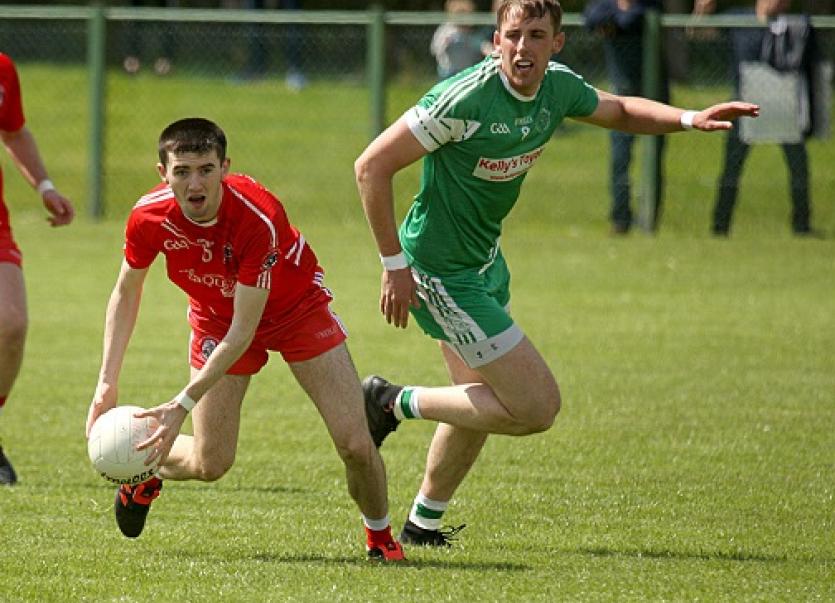 It ended all square in Mountcharles in a game that was very closely contested.

It took an injury time point from Stephen Griffin to get a share of the spoils for St Nauls against a youthful Killybegs side.
Griffin had been Nauls only scorer in the opening half when the sides shared ten points. He popped up in the 62nd minute to pop over from play.
The draw moves Killybegs a point clear at the top in what is a really competitive league.
Killybegs looked good when they moved three clear with ten minutes remaining and had chances to extend that lead. The home side hit back with points from Daniel Brennan (after a great pick up and break from Conor McBrearty on 51 minutes; Barry Griffin on 55 and then big brother Stephen again being their savour.
This Killybegs side had great second half points from young players Conor Cunningham, Michael Gallagher and two from Shaun Gorrell in the space of a minute. Brendan Maguire also chipped in with a score. Gorrell's two strikes had his side 0-10 to 0-7 ahead and they were looking good.
Stuart Johnston and Cathal Lowther had kept the home side in the hunt. With ten minutes left Lowther was denied a goal by Kevin Martin and it looked good for the Fishermen, but then St Nauls hit back with the last three points

EVEN ALSO IN OPENING HALF
It was a real tit-for-tat opening half and at the break, it was all square 0-5 each with Stephen Griffin notching all of St Nauls total from frees.
The sides were level at 0-2 each with Brendan Maguire and Shaun Gorrell cancelling two Griffin frees.
Griffin and Christopher Murrin traded points before Killybegs went ahead with two points from David McGuinness and Conor Cunningham (free).
But St Nauls finished the half strong with Cathal Lowther to the fore winning frees for Griffin to leave it all square.