Glenswilly do it again with a late winner to overcome Milford 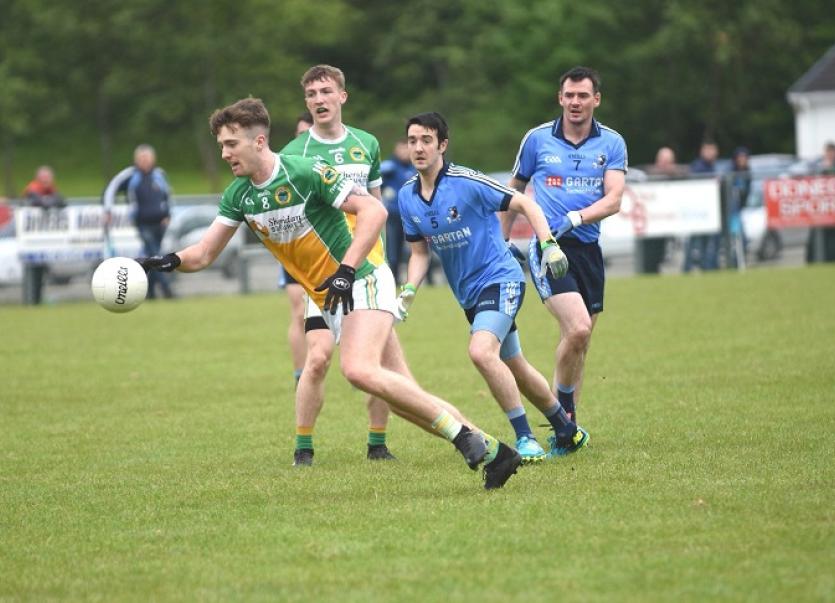 Glenswilly moved up to fifth in the Division One League table with a narrow one point away win over Milford in Moyle View Park, Milford.

In a close contest from the first whistle to the last Leon Kelly kicked the winning point ten minutes from the end in what was the clinching score for the men from the Glen.

It was the first time the winners led in the tie. Milford held the edge right up to the point second half substitute Donagh Gallagher tied up the game 11 minutes from the end.

The two teams were short a number of regulars, while Milford were also short inspirational midfielder Luke Barrett. Glenswilly were also without Michael Murphy.

In the absence of Murphy, Caoimhinn Marley  took over the free taking duties and landed two big points, both ‘45’, one in each half.

Milford shaded a closely contested opening half hour to lead by two points 0-7 to 0-5.

Christopher Barrett, who had a fine game at centre-half-forward, kicked three first half points for the locals with Cathal McGettigan (2), Conor

McHugh and Gary Merritt, all getting their names on the scoresheet.

Leon Kelly (2) turned in a big performance along with young Rory O’Donnell in the middle of the field. Ciaran Bonner, Marley and Ryan Diver scored the Glenswilly points.

Cathal McGettigan and Darragh Black scored for the locals either sides of strikes from Marley and Oisin Crawford on the resumption to maintain their two point advantage ten minutes into the new half.

But amazingly despite loads of pressure Milford did not score again thanks to the heroics of the well organised Glenswilly defence.